50 Showbiz Stars That Died In The Last 12 Months 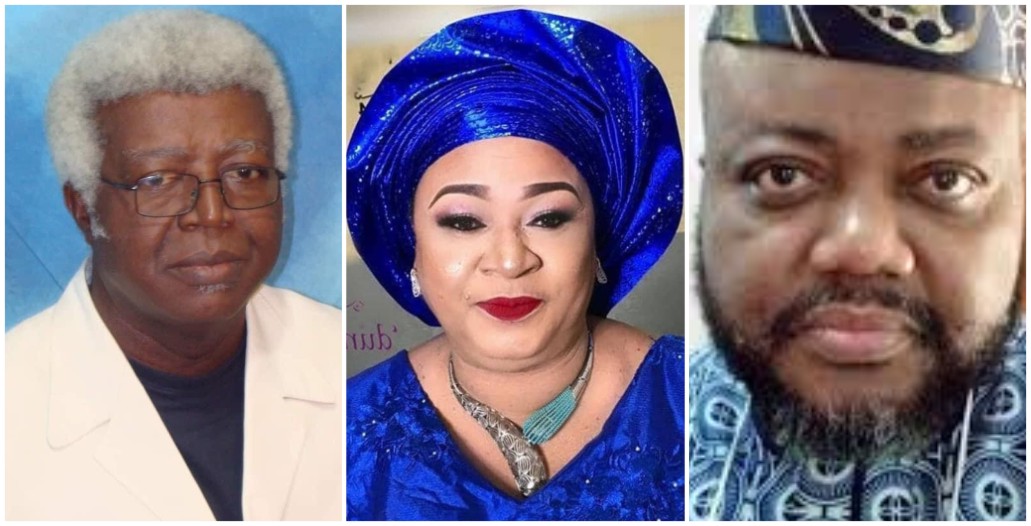 The last 12 months have been a hard time in the entertainment industry, as the industry lost so many talented stars both young and old to the cold fingers of death. Though some of them had been down with ailements, fans and well wishers prayed and contributed money to take care of their medical bills and hoped to see them back on their feet, but unfortunately, they eventually lost their lives to death. Some others were never sick at all, but sudden death came and took them away from the entertainment industry.

City People brings you the 50 showbiz stars who died in the last 12 months and why many are still finding it very difficult to come to terms on their sudden death.

The highly talented veteran actor, Bruno Iwuoha, who often interpreted the role of a king or a very good father, lost the battle to diabetes and blindness and he died at 68. He died at the National Hospital, Abuja.

Abiodun Aleja was a dancer, actor and filmmaker, who died at Lagos State University Teaching Hospital. Popular veteran actor, Rich Oganiru, ruled our screen in the 90’s, featuring in movies back to back. Before his death, a video of the actor went viral where he was lying on his sick bed, seeking financial assistance from Nigerians. The illness eventually led to his death.

Baefore his death, he featured in over 300 movies.

A veteran actor-cum-filmmaker, Prince Ifeanyi Dike died in August while battling a kidney related ailment infection he got years ago.

Multiple-award winning actress, Rachel Oniga, was said to have died of malaria and typhoid. She was among the pioneers of the movie industry.

Victor Olaotan, a veteran actor, is best known for his role in the Nigeria television series “Tinsel”. He died at 69 years old. The actor became incapacetated for 5 years following a car accident he was involved in along the Apapa Oshodi Expressway.

He was reportedly driving to a film location when the accident occured.

Veteran actor, Joshua Johnson died in October last year while battling an undisclosed illness. Before his death, he was one of the popular faces in the industry with a career spanning over 2 decades.

Fast-rising actress, Ngozi Chiemeke was shot dead at Ika North Local Government Area of Delta State by gunmen in December. She was reportedly shot dead at a Point of Sales (POS) shop.

Multi-talented actor, Karibi Fubara, was diagnosed with kidney cancer in 2020 and eventually passed on December.

Veteran actor, Sam Obiago, also died in December. His death was announced by the President of the Actors Guild of Nigeria (AGN), Emeka Rollas. He often played the role of king and father in movies.

One of the members of Davido crew, Habeeb Uthman, a.k.a. Obama DMW, reportedly died of cardiac arrest.

Popular musician, Olanrewaju Abdul Ganiu Fasas a.k.a. Sound Sultan was a rapper, singer, songwriter and comedian. One of the pacesetters of modern  hip-hop music in Nigeria. He died in July last year after losing his bettle to cancer of the throat at 44.

Sam Obiagu a popular actor, movie producer and television personality had featured in over 100 movies. He always played the role of a king and father in movies.

Veteran actor, Romanus, Amuta was popular for playing “Natty” in New Masquerade. He died at aged 79. He was among Nollywood most prolific actors of the 80’s. He died after a protracted illness.

Veteran actor, Lari Williams, passed away in his hometown, Ikom, Cross River at age 81. He had a long time illness that eventually led to his demise in February 2022.

The late actress’s family said that she died peacefully and quietly at night. She was popular for many movies in the 80’s and 90’s in which she featured.

Veteran actor, Victor Decker, was found dead in his apartment. He was one of the popular veteran actors in the industry.

Jim Lawson Maduike was a well known show host, radio broadcaster and writer. He became an actor in 2004 and featured in over 200 movies. He passed on at home after complaining of body ache.

Popular Yoruba veteran actor, Kunle Mac Adetokunbo a.k.a Dejo Tunfulu died at age 49. He was a prominent comic actor, writer and producer. During his life, he was popular for playing the role of a clown in movies.

Takor Veronica passed on the 23rd of March, few days after her birthday. She was found dead in a hotel room in Benue State.

Chinedu Bernard a beautiful and talented actress slumped and died, while cleaning the chapel of St. Leo The Great Catholic Church in Enugu.

Chinedu Nwadike, a popular gospel singer died a few months ago, afer a battle with chronic sickness. He was diagnosed with blood cancer which eventually took his life.

Dayo Kujore, the Soko Music Exponent passed on a few months ago. He died at the Lagos State University Teaching Hospital, Ikeja during a brief illness.

David Mela, a highly respected movie veteran, who is popular for playing the role of Village Chief in movies died at the age of 83. His death was announced by his son on Facebook.

Popular movie actor, Ernest Asuzu was one talented star, who had featured in several movies. In 2015, he suffered a stroke, which affected his speech on 26th January, 2022. He slumped and never woke up.

Sir Victor Uwaifo, the versatile artiste was a well-known musician, writer, sculptor, multi-instrumentalist and a university lecturer. His nephew, Uwaifo Peter, de Rock, broke the news of his death on his Facebook, he died  on August 28 at age 80.

Popular music producer, Ayorinde Faboro, a.k.a. Dr. Frabz is known for working with A-list stars such as Wizkid, Davido among others.

He was a popular music producer, he died in the U.S.

Yussuf Grillo, an artist, considered to be one of Nigeria’s outstanding and academically trained painter also died.

Shortly before his death, a video of the late actor looking really sick, lying in his bed and seeking financial assistance surfaced online. His career spanned over 2 decades and has featured in over 300 movies.

Bolaji Rosiji was the ex-President of the Performing Musicians Association of Nigeria (PMAN). He died at 56.

Seun Micheal was a popular actor, filmmaker and production manager who worked closely with many big names in the industry. He died on the 11th of August, 2021. The actor reportedly complained of malaria before his sudden death.

READ ALSO: HOW WE ALL SURVIVED DOMESTIC VIOLENCE

How We All Survived Domestic Violence

How Winners Emerged At OYO Primaries…