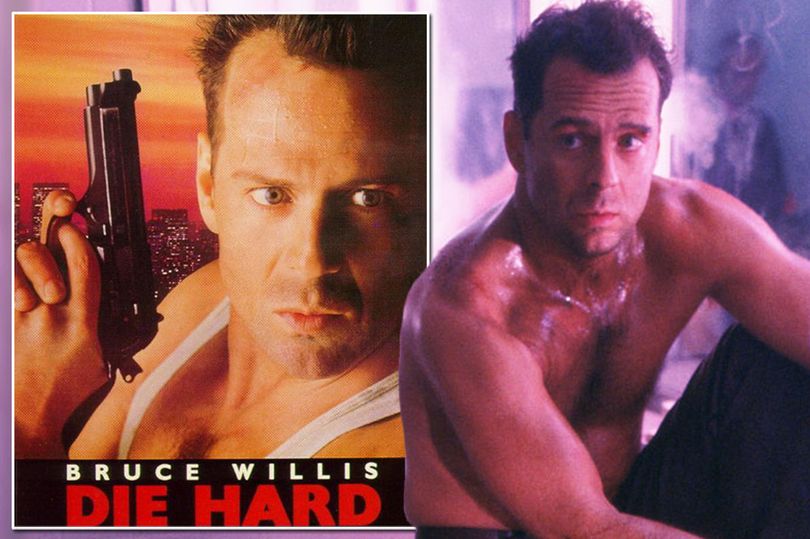 Bruce Willis has dropped a bombshell of epic proportions about his hit film Die Hard – 30 years after it came out.

For the last three decades, the action film has enjoyed its iconic status in the bosom of the cop thriller genre.

But at last night’s The Comedy Central Roast of Bruce Willis, Brucey himself left fans reeling when he said Die Hard ISN’T a Christmas film.

Taking to the mic after the roast – which included jokes about Harvey Weinstein, Kim Jong-un and Donald Trump – 63-year-old Bruce leaned into the crowd and said: “Die Hard is not a Christmas movie. It’s a god damn Bruce Willis movie!”

He then finished off his segment, bizarrely, with a harmonica solo.

Among guests at the filming of his roast was Bruce’s ex-wife Demi Moore, who split from him 18 years ago.

The 55-year-old star made jokes about her Hollywood actor ex in front of their three daughters and his new wife Emma Heming.

She told the crowd: “I was married to Bruce for the first three Die Hard movies, which makes sense because the last two sucked.

She added: “Bruce considered the end of our marriage his biggest failure. Bruce, don’t be so hard on yourself, you had much bigger failures…

She later added: “I look at our marriage like The Sixth Sense. You were dead the whole time.”

The pair were married from 1987 to 1998 and share three daughters, Rumer, Scout and Tallulah.

Willis later got to exact his revenge, turning his attention on both Moore and actor Gordon-Levitt.

He said: “Joseph played a younger me in Looper. He couldn’t pull it off.
“There is one actor who successfully played me. It was Demi Moore.”
*The Comedy Central Roast of Bruce Willis airs on July 29 on Comedy Central.
Bruce Willis’ Die Hard bombshell will divide shocked fans was last modified: July 16th, 2018 by Igbokwe John