60 gun-salute to the literary General By Louis Odion, FNGE 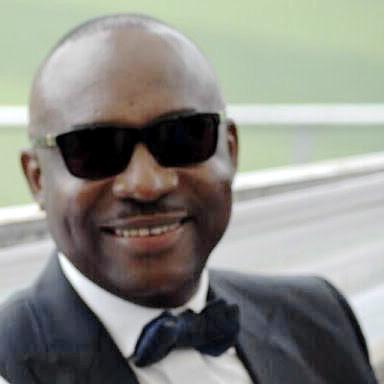 Back in the 90s, we used to time each of his literary parturitions, the way a sprinter’s dash on the track to the finish-line is scored. The digital age hadn’t yet fully dawned in newsrooms in this corner of the earth then. So, it was still largely an intense communion between the pen and “offcuts” (writing sheets improvised from stumps of newsprint reel).

From crafting often uniquely creative intro to the final word, it never used to take Sam Omatseye more than a fleeting moment to consummate, say, a great column or pithy analysis for Concord titles.

“So, timekeeper,” he would inquire convivially, facing me in the small office that sheltered Concord’s Politics Desk as the lady typist took the last page, “Did I miss?”

“On target!,” I would exclaim, laughing with adulating thumb-up.

Of course, the stop-watch never exceeded thirty or forty minutes for Sam to churn out a masterpiece of between 1,000 and 1,200 words. A feat around which his fame had partly been built within the Concord family. The other half being the vigour of his thought and the charm of his language — lyrical, even laconic. His prodigious knowledge is undoubtedly reflected in his uncannily relentless facility to lead and buffet readers with ideas and quotations from great thinkers in history.

In inter-personal conversations, no less commanding is Sam’s ability to recite copious portions of the Holy Bible with the seamless ease of a computer that would fill even a seasoned Pentecostal pastor with envy. A skill matched equally by an adroitness at recalling, off-hand, long passages from literary classics. And then his bonhomie accentuated by deep-set eyes and an easy throaty laughter that unfurls remarkably immaculate full dentition.

A bard of crisp imagery, withering wit and sometimes subversive metaphor, Sam would, for instance, characterize Segun Adeniyi and I as “passion versus prose” in his reading of the distinction between our respective creative temperaments.

Almost three decades later, it is gratifying to note that Sam’s energy has not waned. In fact, it will be no exaggeration to say his muse has since ramified into a Trojan of sorts, straddling Nigeria’s literary space. As he turns 60 on June 15, there can, therefore, be no better time to pause and salute this sterling ambassador of the letters.

Indeed, in Nigeria’s contemporary artistic firmament, very few literary avians could be said to soar close, let alone higher than Sam. In the simultaneous expression of multiple art forms, he obviously engages our space today with peerless virtuosity. Name it: from journalistic exertion of column-writing (In-Touch in The Nation) and show-hosting (TVC); to churning out, with prodigious frequency, critically acclaimed works of poetry, drama and prose.

For instance, since 2006, he has penned the widely acclaimed column weekly without a single break. And as his regular readers would attest, an encounter with Sam through the written words remains an enchanting voyage around art, history, philosophy and political thought.

With such remarkable testimonial in industry, Sam can then be said to be living out, even if symbolically, his own precept against, for instance, sloth in the civic space. Indeed, he demonstrates that his critical spirit over the years as a columnist is not hypocrisy. That he, by no means, is not an armchair critic. Through the power of personal example, he is thus able to rise to the very high standards he chooses to hold those in leadership perches as a public intellectual.

It can then be understood why, after several awards in punditry, the nation’s custodian of academic tradition, the Nigerian Academy of Letters, finally considered Sam worthy to be inducted into its hall of fame as an honorary fellow in 2018. (Co-awardees included Dr. Yemi Ogunbiyi, Pro Chancellor of Obafemi Awolowo University, and Segun Adeniyi, popular author and columnist). Next was a formal acknowledgement by the Nigerian state of Sam’s prodigious talent last year with his investiture with the National Productivity Award by the Federal Ministry of Labour at a solemn ceremony in Abuja.

However, this is not a mission to interrogate Sam’s art, but extoll his humanity — a unique convergence of the values of decency, loyalty and generosity. In transcendental terms, talent, it bears restating, is meaningless without a character defined by higher personal virtues.

You may not agree with him all the time, but what can never be faulted his sincerity of purpose and the restless quest for the common good. Sure, there is never going to be a consensus on the best road to travel or policy option to make in the stated pursuit of the public cause. Such critical contestation will, of course, always be driven and defined by the values we share individually or by which ideological aperture we view civil engagements.

However, at a time when championing of sectional agenda seems increasingly glorified and entrepreneurs of hate scramble for visibility, one point that is beyond dispute is that Sam sticks to a different dialectics which rather view the nation’s contemporary existential crisis through starkly distinct lens of the good Nigerian against the bad Nigerian. Like every conscientious artist, Sam remains unabashedly an advocate of the vulnerable and the voiceless in the ensuing dialectical struggle.

In identifying suspects or classifying culprits, his own objective yardstick is, therefore, social justice, regardless of tongue or faith. Against the backcloth of a rising call for the annulment of the national union, there can be no mistaking the persistently conciliatory standpoint of this gangling teetotaler from Niger Delta married to a Yoruba lady (from Ido-Ani in Ondo State), fluent in Yoruba, based in Lagos and whose circle of friends and allies cuts across all ethnic categories.

It is a perhaps a measure of his consistency of character that prominent among the company he keeps or would be found are still the same folks with whom he associated decades ago. Indeed, any audit of Sam’s engagement in the past three decades will also show an unfailing fidelity to progressive ideals and the fierce defense of the common good.

The goodwill that fetches, it would seem, saved him in the dire hour of need in the dark days of Sani Abacha. On the fateful night he was to depart to the United States in 1997 to begin a one-year Alfred Friendly Fellowship, a little drama ensued at Muritala International Airport, Lagos. It was the harrowing season when critical voices were either in graves, gulag or exile. Being a prominent Concord journalist, Abacha’s roving goons easily spotted him in the crowd in the departure lounge and brusquely asked him to step out of the queue before clamping him in an improvised detention around.

While the state agents later stepped away to a quiet place apparently to consult their masters on what to do with a “big catch”, a conscientious officer from another branch of the security service who had monitored the proceedings from a distance and would rather identify and sympathize with those courageous enough to stand up to the rampaging military dictatorship, miraculously came to Sam’s rescue. Quickly, he whisked him through the remaining security cordons to his seat on the waiting aircraft which door was firmly locked almost immediately for take-off!

So, given that close shave, Sam was forced to remain in exile at the end of his fellowship at Denver, Colorado. Rather than being intimidated, he only intensified his sorties from exile against the military in form of critical essays published regularly in Concord titles which by now had become the main opposition publication in Nigeria.

But, overall, regardless of his habitual retail of lofty ideas with sometimes fierce words, the essential Sam is soft at heart, almost childlike in spirit. This accustomed innocence or instinctive trust has however often predisposed him to be easy target for traitors or emotional blackmailers. I dare say this as someone with intimate association with him in almost three decades, first as junior professional colleague and eventually a friend close enough to be considered a brother.

In the office environment, Sam certainly lacked the guile that many others would traffick in — that cold-heartedness to knife colleagues in the back, if only to rise rapidly on the ladder or gain favour. His mirth is genuine, not to be confused with the saccharin laughter of the treacherous who, as the Yoruba say, will conceal blood on the tongue and spit out phlegm.

On a personal note, it took the exile years for me to appreciate, in more intimate terms, two of Sam’s defining qualities — a sense of solidarity and loyalty on the one hand and material generosity on the other. When Sun newspapers started in 2003 and I became the pioneer editor of the Sunday title, he put at my disposal the totality of his professional support, offering invaluable editorial advice. To ensure I succeeded, he began to write a weekly column for us and became our resourceful, omni-present “special contributor” from US, never failing to file rich human-angle stories and analyses every week.

Until his final return to Nigeria in 2006 to take up an appointment as Chairman of The Nation editorial board, I doubled as Sam’s literary agent locally. I attest that all his earnings by way of honoraria for newspaper writings and academic papers were given out as charity to people, sometimes total strangers whose pain or misery he merely read or heard about.

At a reception hosted in Lagos by Benita Obaze of Bevista in 2013 to mark my 40th birthday, Sam accepted without hesitation to be co-master of ceremonies, not minding the wide age gap between us.

Such is his power to give his all for joy and upliftment of others.

*Louis Odion is the Senior Technical Assistant on Media to the President.

60 gun-salute to the literary General By Louis Odion, FNGE was last modified: June 12th, 2021 by Reporter

How To Choose The right shoes for...