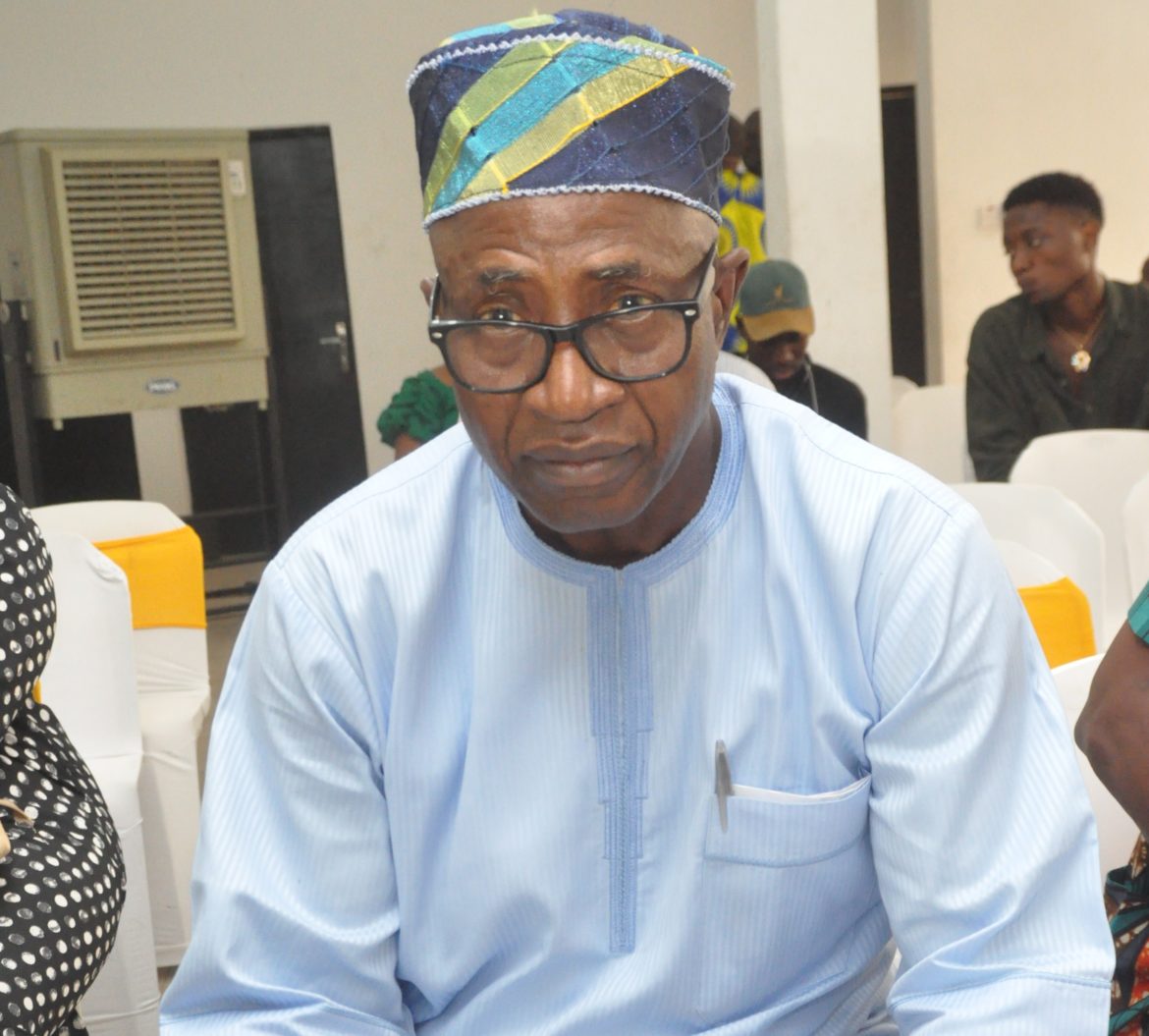 •Predicts His Victory @City People Magazine Reception For Him

Abeokuta, the Ogun State capital will soon witness a big gathering of notable footballers, who will be converging on the town to campaign for ace footballer, Chief Segun Odegbami who will be holding a mega rally in support of his gubernatorial ambition to be the next Governor of Ogun State on the platform of Zenith Labour Party.

He revealed this at the grand reception held in his honour in Lagos last Thursday 3rd January by City People titled: An Evening With Segun Odegbami. The hall was filled to capacity and for close to 2 hours, the former Green Eagles Captain was on his feet talking about how he has been destined to win the forthcoming Ogun governorship election. He spoke about his life, how he studied Engineering, how he turned down several scholarship offers to go abroad to study and he chose to stay back to pursue his football career. He spoke about how so sure he is that he will be the next Governor of Ogun State in March 2019.

When he was invited to speak to his audience, Segun Odegbami shared his thoughts. “As I sat there, before I was called to speak, I thought about 2 things. The 1st is, what really is the prize? Is the prize becoming Governor of Ogun State? The answer is a big No.

“Because if what they say about me is true, then I am a stupid person to have woken up 6 months ago, with no money, the kind of money they invest in politics, I don’t belong to any of the big parties. I don’t have a godfather. I don’t have a political followership. I don’t have a structure. I don’t have anything. And to think that in this environment of Nigeria that I know so well, how things work and how things have worked for decades, through my life, to think that I would now just come and I will go to Ogun State and say I want to become Governor and I will become Governor To have taken that decision I must obviously and truthfully be a very stupid person.

However, based on what I just told you about the philosophy that I preach, the philosophy that I live by, the philosophy that makes me a 2 time Olympian, the 1st Nigerian to have been named in the top 3 positions in African football, in our history and one of the 1st people to be named the best player in the whole of Western Region, when I was still a student, one of the 1st to have been in a team that won the African Cup Winners Cup, the first Nigerian team to win it even when I was a student. Also, to have been the player that also went on to African Cup of Nations for the very 1st time, that went to the Olympic games, (as a student) from nowhere, from Jos, and all of those things were possible. You can see that my own background is different, totally different. We live, breathe and we sleep impossibilities. The things that are normal and regular don’t interest us. Some of the greatest human beings are not those who go through things very easily and then they emerge and you now attach greatness to their names. The greatest people in the world are those that dare, those that take the Greatest risks, those that swim against the tide of the norm. Those are the greatest people in history.

“I am not going into this elections do or die. It is obvious. I am going into it as relaxed and as cool as a cucumber, irrespective of whatever happens around me because my eyes are set on a prize that is not Ogun State governorship. However, that is a hurdle I have to cross.”

“I believe it. As I stepped out from my seat to deliver this talk in my heart of heart something tells me I am going to be in Oke Mosan, in May 2019. I don’t know how it is going to happen but those who have the spirit or the eyes to discern, can see it.”

What is happening in Ogun State is pure madness. There is no human being alive today in Ogun State who can tell you where that state is going or who is going to be the next Governor. So, already, my stupidity to have even said I wanted to rule Ogun State is now becoming realistic. If you look at the scenario, there is a chance. If the others are fighting and destroying each other and doing all they are doing, in this huge turbulence, there is this little boat in this storm, just sailing quietly, riding the waves in this huge storm, that is all over the place, with the giant ships and it is the only boat that can get to the shore because all those giant boats can not get to the shore. They need the little boat to take them to the shore and there is only one.”

“This is how my mind works. This is an artists mined. I am an artist.