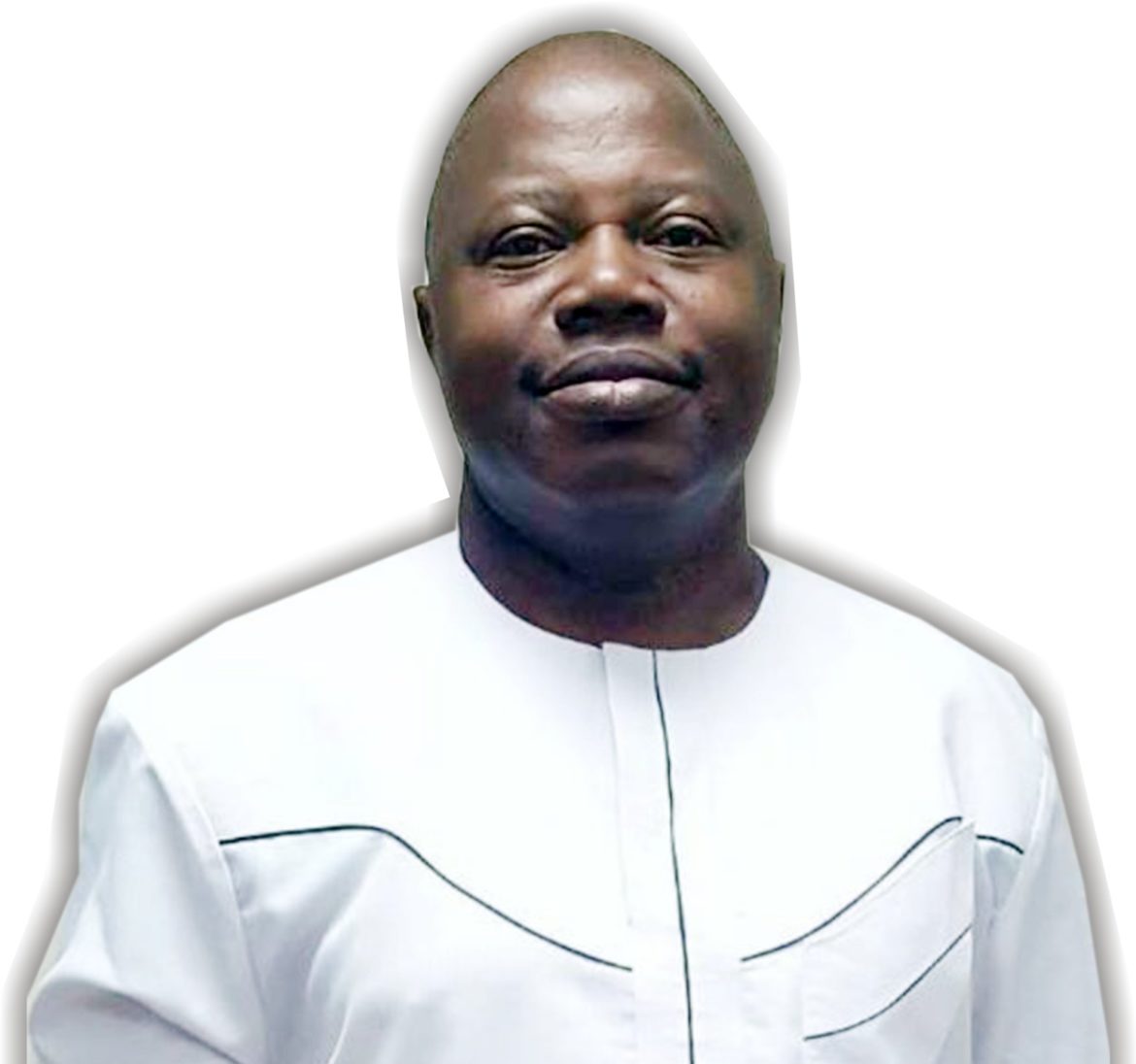 He entered with a flurry—neither noiselessly nor unobtrusively. You could always tell who was behind the door and making an entrance. The doorknob turned loudly, and the door pushed with a jerk. He marched in, with a shoulder bag – which reporters in the late 80s couldn’t do without – in one hand.

His well starched, white two-piece buba and sokoto brocade tailored by either Vivid Imagination or Dakova would still be a bit unrumpled as he made his way to his seat in the newsroom late in the afternoon. And as he settled in, you would notice his aso-oke loafers (billionaire Chairman of Geregu Power PLC, Mr Femi Otedola, inspired the ensemble he favoured at this period as both are chummy friends).

When Lord Mayor Abiodun Akinpelu was in the newsroom of Prime People (first at Oregun in Ikeja and later Ojodu-Abiodun near Berger bus stop) and Vintage People (off Adeniyi Jones in Ikeja), the atmosphere was charged—charged in a non-threatening way. He was unsmiling and sombre, avoided small talk and irrelevancies. And it was at the companies initiated by our godfather, Mr Muyiwa Adetiba, that our paths crossed in 1988.

I was a greenhorn still serving when I got the Prime People job. And I had to redeploy to Lagos from the old Bendel State where I worked with a PR/Advertising firm owned by Mr Goodnews Etchie. (I remember how my jolly boss whose office was beside the Ekenwan campus of the University of Benin usually introduced himself adoringly:

“I am Goodnews. Goodnews Etchie.”) Lord Mayor, regarded mainly as proud and unapproachable, warmed up to me and took me under his wings barely a few weeks after I joined the team – and renewed my view about not judging people from other’s conclusions.

From the late 80s through the years, the man I usually salute as the ‘Olowo Eko, omo erin j’ogun ola’* (which is a phrase in praise of Oba of Lagos that translates to a bigwig in control of the resources of Lagos), has earned his stripes meritoriously. He set himself apart and laid a foundation for what became celebrity journalism in Nigeria as he rubbed shoulders with the rich and famous and their children.
His contribution to journalism is uncelebrated mainly, and the respect he’s brought to the profession hugely ignored.

He’s done more for celebrity journalism in our generation and takes the lead in that sector, introducing high society interviews and columns in the late 80s – and set in motion the birth of second-generation soft-sell magazines.

At Prime People, the major thrust of the general interest journal was unusual, strange stories. And for years, it was its principal attraction until Lord Mayor – a prison official who cut his teeth reporting about high profile inmates at Kirikiri Prisons for one of the newspapers in The Guardian stable – joined. And he soon introduced interviews, stories and columns cataloguing the lives of men of means and substance and their children. There was Silverspoons, one of his columns among many, profiling high society.

And major events, weddings and birthdays, soon became a regular feature of Prime People. His reports of the events were unusual, refreshingly different as he catalogued the programme in detail, sat readers in the front row, listed some of the attendees and interviewed the celebrators. This method which has now become a standard for serious event coverage was novel then.

Soon after, he anchored a society page labelled ‘People, Places and Parties,’ recording the activities of blue-chip companies and persons of substance weekly, from product launches to club openings, birthdays to thanksgiving.
By 1990, he was ready to tread another path – a different magazine with broad appeal. And with his friends, Femi Akintunde-Johnson and I, the idea was nurtured. For months, he breathed and lived the dream, meeting different investors.

At this time, I had moved to Classique magazine on 3, Allen Avenue in Ikeja, and he visited regularly. And on one occasion, he mentioned the dream to my boss, Mrs Mofe-Damijo, popularly called MEE (May Ellen Ezekiel). MEE introduced him to Mr Tayo Adesanya, who immediately fell in love with the idea and Lord Mayor.

And in July 1991, Fame Weekly was born. It became the flagship of soft-sell journals and planted hope in younger people that they could dream big. Fame was a big deal in the early 90s, shaping and dictating where society and entertainment journalism was headed. And with N3 million investment then, it soared heavenwards as determination to succeed mixed with hard work.

Now, let us move to the man:
He cut a picture of someone you should respect. His no-nonsense persona was easily discernible – and you couldn’t but recognize that he’s pushed by a vision to rise above the image of your regular journalist. And from his comportment and choice of words and cadence of his conversation, you knew he wanted extra.
Heirs and crown princes he mingled with and interviewed readily embraced Baba Bose. He became more than a journalist, but a friend they treated as an ally. His ways and manners, confidence and sure-footedness were endearing.
Even in those days of humble beginnings, when we trekked hundred of metres to bus stops and jumped from taxis to kabukabu, he could be described as a ‘gbajumo’ (a respectable gentleman that is famous and adored). He was friends with the day’s leading designers and clothiers, rubbing shoulders with Uncle Tex Egbedi of Texen, Mr Godwin Mekwuye of Vivid Imagination and David Kolawole Vaughn (Dakova). He didn’t cut corners in matters of clothes and enjoyment.
In the early days of Fame Weekly, his crisp and starched white brocade traditional attire changed to more elegant suits and agbada. And over the years, he has increased his strict rotation of ensembles to last one full month to a few more months, discarding pieces as he acquired new ones.
Today, he has abandoned his more flamboyant taste in fashion, opting for more subdued garbs befitting a grandfather.

The lover of good cars, the original B’a gboro (a nickname by Basorun Dele Momodu about his deft socializing and man about town nature), has aged well. He has mellowed and become less confrontational.
Ladies and gentlemen, as the Olowo Eko omo Erin j’ogun ola steps into the sexagenarian club, here are 60 gbosas for the Lord Mayor. A se yi, s’a mo dun. Igba odun, odun kan! (More prosperous decades in good health)…

*The amiable Chief Molade Okoya-Thomas (of blessed memory) who was a fixture of high society events when we were younger reporters popularized the phrase. And his introduction of bigwigs at these soirees or shindigs was always laced with high praises.
Whenever the Asoju Oba of Lagos introduced the then Oba of Lagos, King Adeyinka Oyekan (who reigned from 1965-2003), he went into beautiful eulogies which he wrapped up with, Olowo Eko, omo erin j’ogun ola.

‘My brother was buried on Friday and...