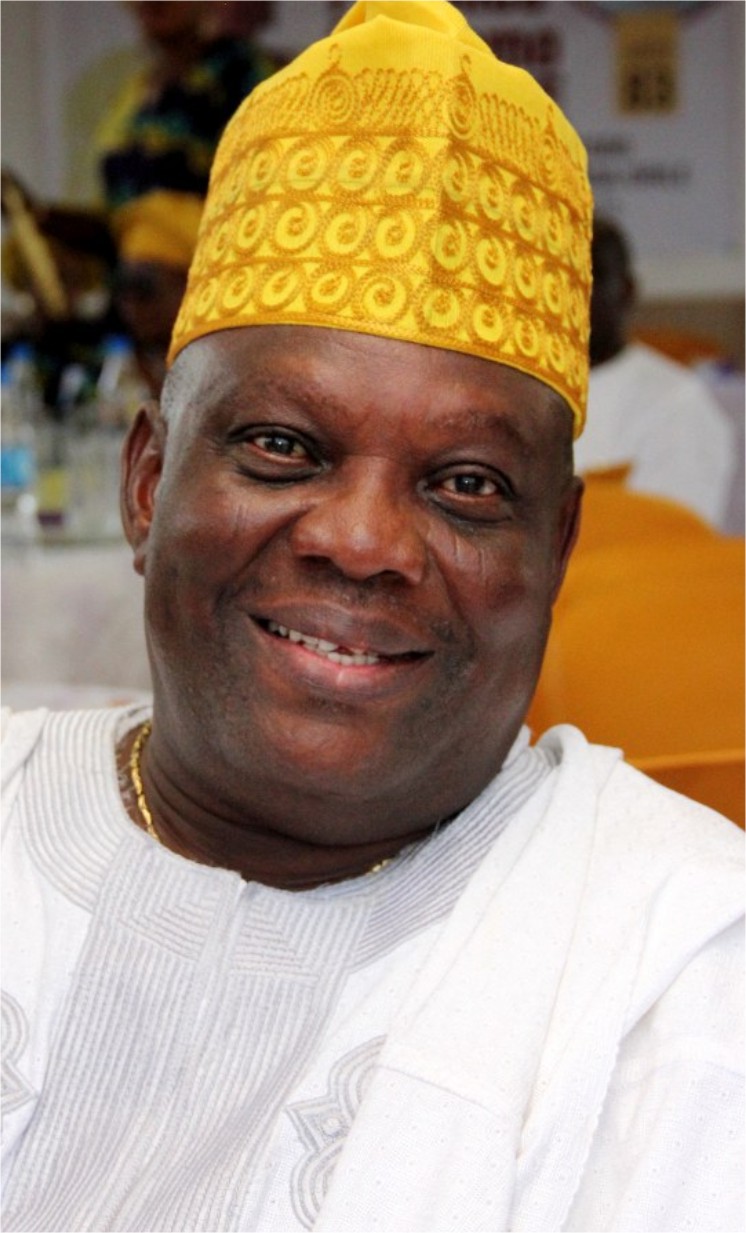 As you read this now, Chief Afolabi Akanni Adesina Sodunke popularly called Afo Guarantor is in a happy mood. This is because of his brand new Chieftaincy title as the Akinrogun of Jogaland, given to him by His Royal Majesty, Oba (Dr.) Adeyemi Adekeye.

Chief Afolabi Adesina Akanni Sodunke is a big businessman in Egbaland and a socialite. He told City People: “I was born on the 2nd day of June, 1956, at Iporo Ake Abeokuta, to the family of Chief Julius Oladipo Sodunke (Ntoye of Ijemo and Alhaja Nusirat Adunni Morin of Morin’s Compound, Ago-Oko in Abeokuta.

I started my Primary Education at the Prestigious Children House School, Quarry Road, Ibara Abeokuta. It was between 1964-1969. I later went to Premier Grammar School, Abeokuta for my Secondary Education between December 1970 to June 1974. I proceeded to Kaduna State Polytechnic in 1976 for the National Diploma in Accounting. I also have Professional Certificates in Accounting. My working experience started as an Article Clerk with Dele Dina and Co., a Chartered Accounting firm in 1976, owned by the father of the late Dipo Dina.

I was transferred to Kaduna in 1977 to head the Northern Office as an Auditor (Auditing for Nigeria Railway, Nigeria Airways, Chad Basin Authority, Federal Housing Authority and Bacita Sugar Company. Owing to much pressure from my mum who compelled me to move to the South, I came to Lagos and got employed at MOBAL/JIMSOL NIGERIA LIMITED, LAGOS, where I worked for a year as Internal Auditor. In 1979, I joined “All Transports Group” as an Internal Auditor in Lagos and was seconded to Abeokuta when Federated Cork and SEAL was established, as Operation Manager to construct its new factory. After the completion of the factory, I was made the Marketing Manager Federated Cock/Seal Nigeria Limited.

In 1981, Ranti International was founded by “ALL TRANSPORTERS GROUP”, to Market Sales of Mobile Water treatment plant and I was made the General Manager, In 1983, I became Non-Executive Director of the Company on Commission Basis, in 1986, I moved out to establish my Companies:-AFOMA NIG. LTD. 1986 VAS-SOD CONSTRUCTIONS 2008, VAS-SOD OIL & GAS-2011, Where I am still the Chairman and Chief Executive.

My Social Life: I am a member of Abeokuta Sport Club, Royalty Boys of Egbaland, Egba Inner Society. I am happily married to my beautiful supportive and prayerful wife, Abiola Olasumbo Sodunke (Nee Olukotun). Today God has blessed us with lovely children and grandchildren.