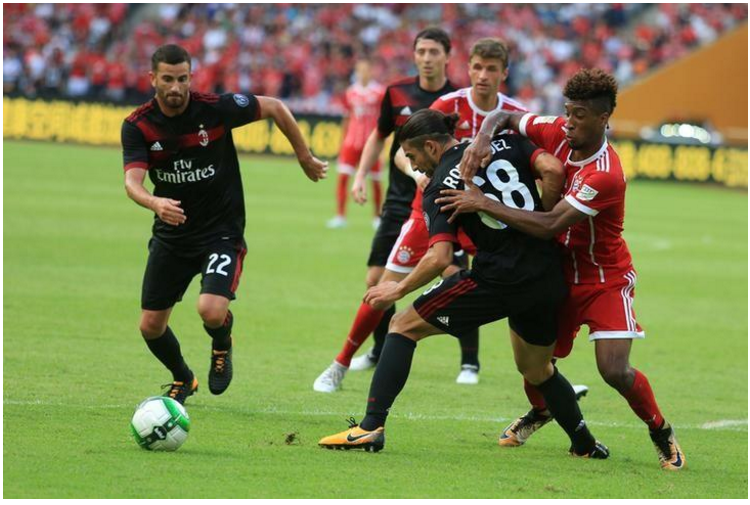 Seven times European champions, AC Milan have spent 190 million euros, $221.45 million so far in the current transfer window and coach Vincenzo Montella says he intends to make them one of the world’s top five clubs as they prepare to return to European football.

However, as they enter the Europa League in the third qualifying round, Thursday’s match away to Romania’s Universitatea Craiova may be more of a reminder of how far they have fallen than a sign of possible success to come.

Thursday’s match will be staged at the Municipal stadium in Drobeta-Turnu Severin on the Serbian border, around 120km from their home base, as Craiova’s main stadium is being rebuilt.

Milan’s last European match was on March 14, 2014, when they were hammered 4-1 by Diego Simeone’s Atletico Madrid in a Champions League round-of-sixteen second leg match.

Recent years have been a tale of unsuccessful transfers and musical chairs in the coach’s hot seat, where Montella is the fifth incumbent since Massimiliano Allegri departed in 2014.

The most impressive of all has been central defender Leonardo Bonucci, a key part of Juventus’ defence for the last seven seasons, although he and Biglia will not be available on Thursday.

It remains to be seen whether the Europa League, with its early start and additional travelling, will be a hindrance for Milan but so far Montella has no complaints.

“It’s been, and still is, a summer of dreams,” he said. “Maybe, the number of players we’ve bought and the expense that has been splashed on them has raised eyebrows but the fact is that the club are doing something extraordinary.”

AC Milan Spend Big In Preparation For A Return To European Football was last modified: July 26th, 2017 by Damilare Salami