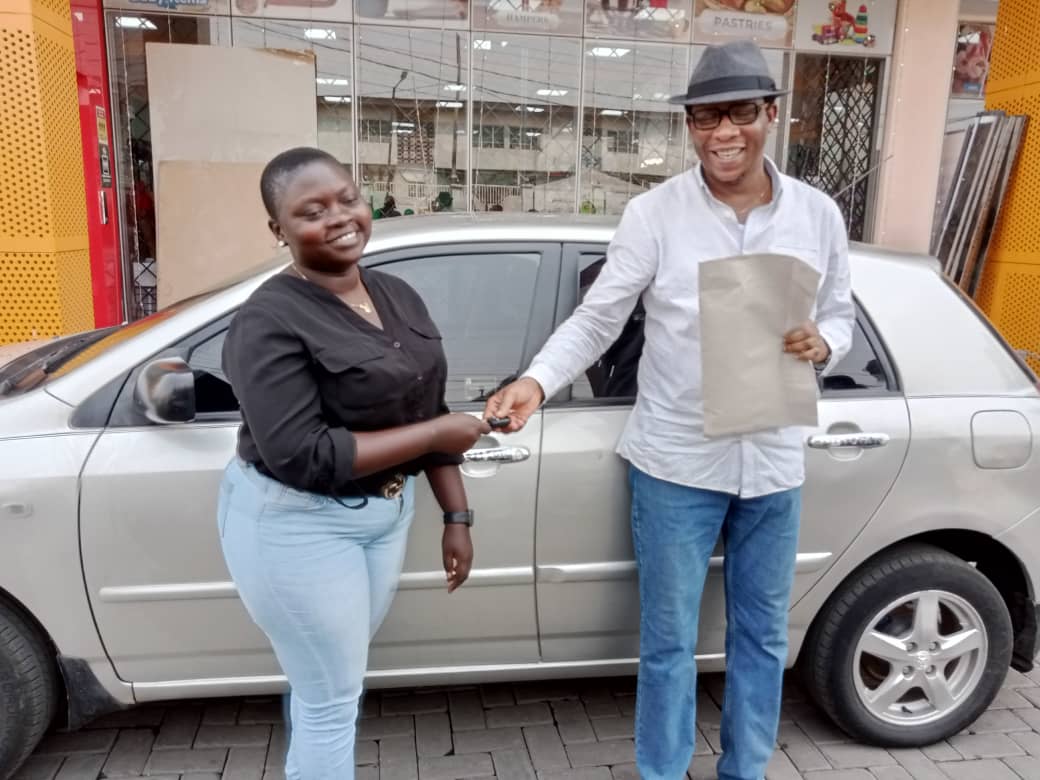 It was such a surprise, not only to the recipient but all staff members of the company because no one saw it coming.

“This will definitely spur other employees in no small measure to be more committed,” Afonja noted.

The noble gesture, according to Afonja, was a move to reward excellence and dedication to duty. As demonstrated by the recipient over the years that she’s been working with the company.

Speaking further during the presentation, Afonja disclosed that the exercise was just another edition of the gesture which has being in place for years. Noting that several staff members had benefitted from the car gift initiative.

He said: “This obviously is not the first time we’ll be doing this, we have given out several cars. But before now it’s been going to the market phasing unit, mostly branch managers. So this is the first time an head office staff would be getting it. It is well deserved. Even more than well deserved because Nike has been Chief Admin, the central admin of Ace. She is not just loyal, she is very hardworking. She is very dedicated and loyal to the organisation. She is honest too. She is an asset anywhere she goes. And when people put in that kind of efforts, they are actually sowing the seeds for their own future. Because when you serve others well, there is a way the whole universe come to support you to start your own. So, that basically is why we have decided to always reward our hardworking and loyal staff, as we have done to Nike today. Not only to celebrate excellence but also to encourage others.”

In her response, the recipient (Nike) was full of smiles and profound appreciation and promised to continue in giving her best to the organisation.

The mall has branches across the major cities in South West with over 1000 staff, making Yinka Afonja a big time employer of labour.

10 Key Principles That Can Work For You