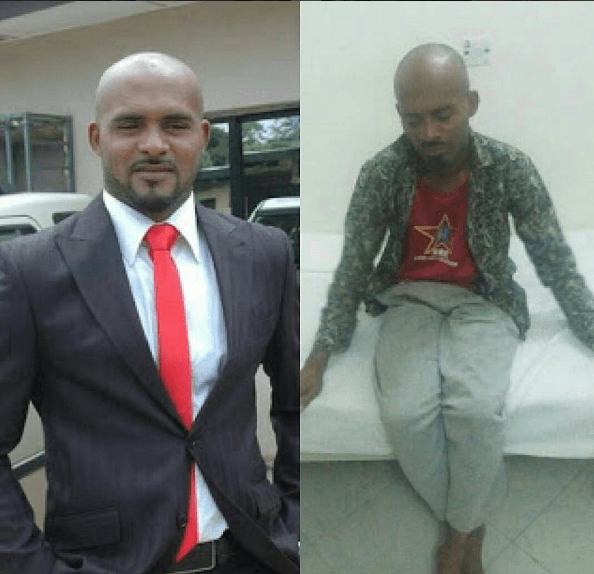 Popular Nollywood actor Leo Mezie is in urgent need of dialysis to enable him use of the toilet and doctors advised he goes for a transplant immediately and it should not take longer than 4 weeks, his 2 kidneys have stopped functioning.

According to his friend Chioma Okoye  “Leo’s illness started three years ago, he was diagnosed with kidney failure. We started raising funds from the public, we reached out to different pastors, among all the pastors, pastor Suleiman was the only one that responded and actors stopped campaigning for money at that point. We had about 3 million plus. We stopped the campaign, two days later Leo flew to London, after three weeks his result came out well, he didn’t need a anymore, he came back to Nigeria and was placed on dialysis and food type.

Leo’s food type is not what you get in the regular market because of his illness, in as much as he got kidney revived back, he still needed dialysis three times a month. Right now, he has been trying to survive because there’s no money anymore, so we are back to it. His two kidneys are not functioning for the past ten days, he has not gone to the toilet.

At this point, he is in need of dialysis to make use of the toilet and a doctor advised we do a transplant immediately and it should not take longer than four weeks. The only way we can help him is to campaign for support from everybody with minimum of one thousand naira, so we can sort Leo out. Leo celebrated his 43 years birthday few months back. He has been married for 11 years with no child.

She also added that P Suleiman did not perform the miracle, he only paid for his hospital bills and Leo went to the church to give thanks because God healed him and the same God is still on his case to give Leo Mezie a second chance.

Leo Mezie is from Umuahia Abia State, he joined the movie industry in 1996. His role in the movie titled. “Labista” shot him to limelight in 2003. He has featured in over 150 movies, such as Labista, Total War, No Man’s land, Heart of a Slave, Close Energy, King’s sleepless night, Empty throne amongst others. He was diagnosed with kidney related ailment in 2016 and still battling with it, till date.