Actress Iretiola Doyle Opens Up on Getting Pregnant as a Teenager 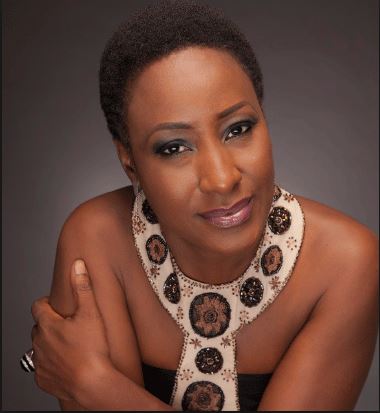 Tinsel actress, Iretiola Doyle who played a key role in the widely-applauded ‘The Wedding Party’ movie has opened up on her experience with early pregnancy during her teenage years.

The ace actress Iretiola Doyle recently opened up on some aspects of her teenage years.
While speaking recently at Harvesters International Christian Centre, Gbagada, Lagos, Doyle revealed that her family members, including her mother, were hard on her when she got pregnant at the age of 17.
Her words: “You have to surround yourself with people who love and support you. I was blessed to have people around me; unfortunately, these people are not family members. My mother didn’t take it lightly with me.
“I wouldn’t have handled it the way she did because I belong to a different generation. I was nurtured by people I met and they constantly reminded me that my life didn’t end with that bad situation.
“Impacting young girls is very important to me. If you ask me what my ministry is, I would say reaching out to young girls. One of the things I used to say to God then was that if He straightened this journey for me, I would be like a big sister to young girls.”
To overcome the stigma of early teenage pregnancy, she had to do certain things. While admitting that the situation affected her hugely, she said that she chose her friends very carefully; friends who were young ladies who had done well and had a vision for themselves.
“I felt I still remained who I was. I came from a very good home, not by wealth but value. Education was not negotiable in my family. I didn’t want that one mistake to define who I was. But it was quite difficult for me because it was the talk of the town for quite a number of years,” she said.
She urged young girls who have experienced similar situations to remember to keep their dreams alive and go back to school after having their babies. For her, it is not about how many mistakes you make or times you fell; it is about how many times you get up.
“If there is anyone in your life who constantly reminds you of the mistake, you should define the relationship even if it means your parents. If your brother or father cannot encourage you, there is a problem because that is where our love is supposed to begin from,” she added.
Actress Iretiola Doyle Opens Up on Getting Pregnant as a Teenager was last modified: June 22nd, 2017 by Arinze Ago

Meet The Man Who Made Sir OLU...