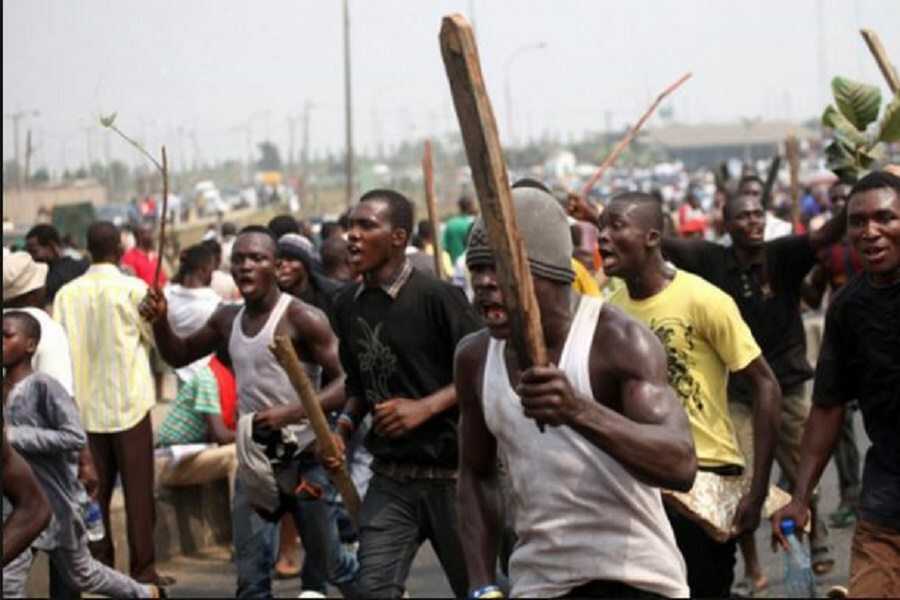 Reporters gathered that the supporters, who went haywire at Adeleke’s house Sunday afternoon in Osogbo, the Osun State capital, vented their anger on newsmen who came to cover the developing story.

One of the reporters, Tope Alabi of the Nigeria Television Authority, was beaten to stupor, with the station’s camera damaged and seized.

The newsmen are said to be taking refuge in a hotel close to the house now for the tension to ease as at press time.

Meanwhile, some of the supporters have accused the State Governor, Ogbeni Rauf Aregbesola, of being behind the sudden death of Adeleke.

Until he died, there was no reported misunderstanding between Adeleke and Aregbesola.

Though there have been reports that Aregbesola may head to the Senate after completing his tenure as governor next year, he is not from the same senatorial district with Adeleke.

Why I Parted Ways With My Dad In Dec. 2013 – IYABO OBASANJO’s 50th Birthday Interview