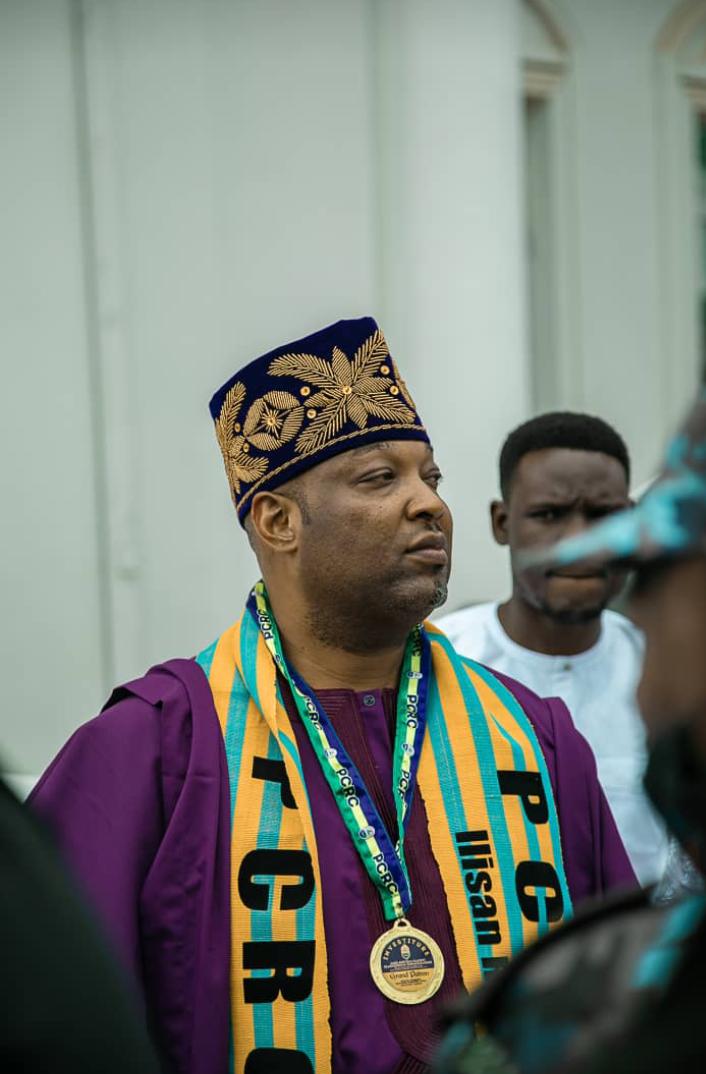 The Police Community Relations Committee, PCRC has officially executed its investiture ceremony for Aare Adetola Emmanuel, the Group Managing Director, of Adron Homes and Property as the South West Grand Patron which covers all states in the south west of the nation Nigeria

The ceremony which was held at his JESULOBA luxury mansion on Sunday, Tuesday, September, 20, 20202 was packaged by PCRC with the selfless support of Aare Adetola Emmanuelking who played the host of the event.

The event was graced by creme de la’creme which includes Olofin of ilishan Remo, Oba Micheal Sonuga, as well as PCRC official from all south west states led by the national Vice- Chairman South West Zone and many top police officers in attendance.

Certificate was presented to the Grand Patron, Aare Adetola Emmanuelking in the presence of all guests who was ably supported by his beautiful Olori, Yeye Aare Aderonke Emmanuelking who ensures all guests were well entertained.

In his investiture speech, Aare Adetola Emmanuelking said that communities play critical roles in the security of the society and must cooperate with the security agents if the nation must eschew crimes and anarchy.

He explained that insecurity particularly in developing countries have become an issue of growing global concern as urban populations continue to increase and migration to the urban areas is also on the increase.

“We all agree that insecurity has become the bane of the society, but the cooperation of the people with the Police, in giving necessary information, however minute it is, will go a long way to keep our community out of trouble. However, in achieving this, there is a need to reach a common ground with the government and the structured security outfits.

The Zone 2 AIG Ahmed Iliyasu, who was represented by the assistant commissioner of police, AT Abdulahi noted that the goal of any society is to achieve “100 percent safety” through all the security processes possible, in order to harness a secured and safe economy. He was accompany by some top police officers like B.Junaid.

Adron Home’s boss, who stunned the PCRC with a surprise gift of 3 brand news buses, also promised that the commission would achieve a secured environment through its active contributions to the development of technologies, particularly under his leadership.

the newly certified Grand Patron, Aare Adetola Emmanuelking in company of his lovely darling wife led all guests to the 3 buses for tape cutting and handing over. It was an event that would be remembered in years to come as nobody has ever done such in the history of PCRC in years.