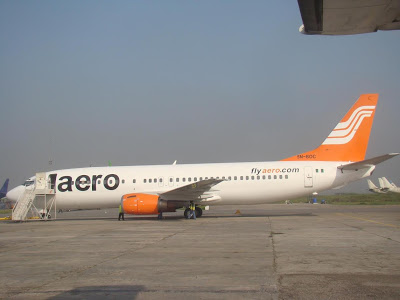 Nigerian airline company, Aero Contractors Nigeria Limited, has sacked no fewer than 900 of its workers. According to a statement by the airlines media consultant, Simon Tumba, the airline which shut down temporarily in October last year but reopened in December, has about 1500 staff members on its payroll.

Tumba said the airline has been grappling with paying the salaries of these workers as well as servicing its overhead cost. He says this is not sustainable for the airline.

“The issuance of notification of redundancy is a business decision that will ensure Aero’s survival. The current situation where over a thousand people are basically not engaged due to lack of serviceable aircraft is not sustainable for the airline. The huge monthly salary associated with a bloated workforce will eventually kill the airline, which is not the intention of the current government. This decision will immediately reduce the whopping operational cost, which has been stifling Aero; enable the management bring in more aircraft through savings from overheads and pay for C-checks. It will also enable Aero have a more manageable and committed workforce in line with international best practices of 50 to 60 personnel to one aircraft unlike what obtains in Aero at the moment”the statement read According to Tumba, those in maintenance, repair and overhaul (MRO) and other important staff in critical departments would not be affected

Meet The 9 Children Of High Chief...