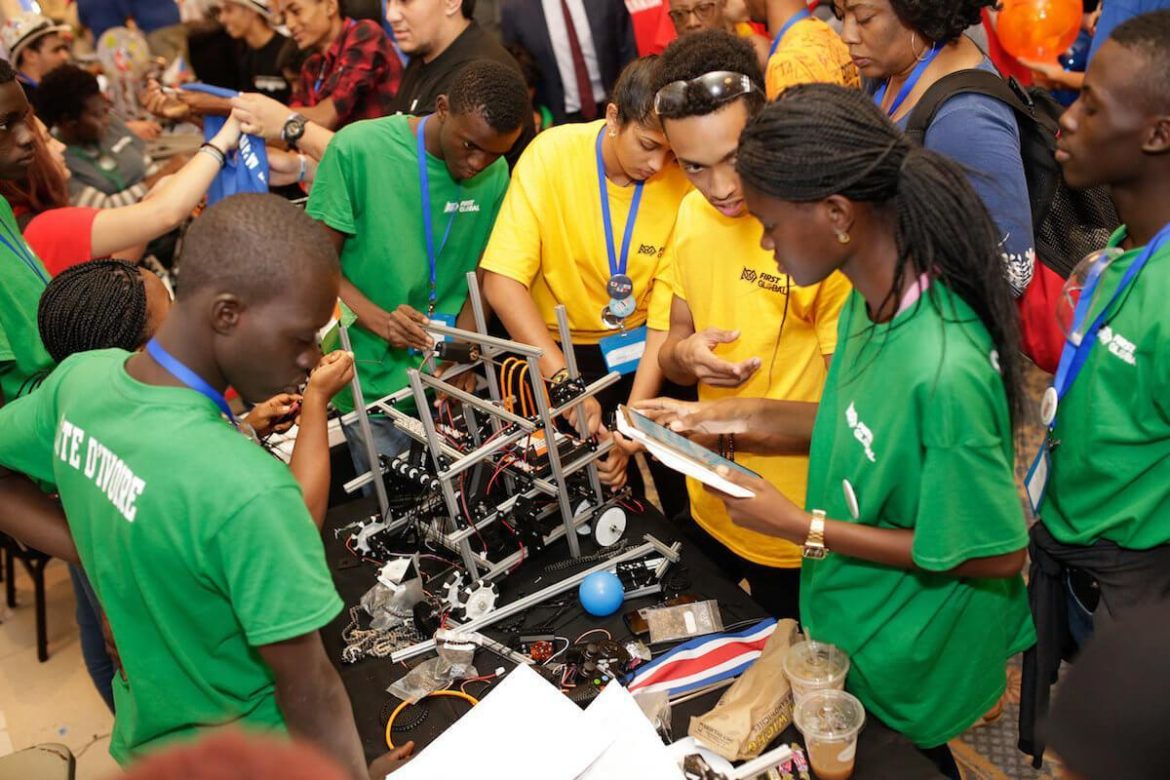 The six Nigerian students that will represent the country at the Africa Robotics Challenge (ARC) in South Africa on September 28 have cancelled their trip to the country for safety reasons.

The students announced the cancellation of their trip at a news conference on Monday in Lagos, saying that the organisers had failed to guarantee their safety throughout the duration of the competition.

The students are Tirenioluwa Shobande, 18, a 100 level Systems Engineering student of the University of Lagos (UNILAG); Ifeoluwa Aigbiniode, 15, of Yaba College of Technology Secondary School, and Jeffrey Nwafor, 15, of S-TEE International School.

The national coordinator, Remi Willoughby, said that the organisers had informed her of their inability to provide adequate security and guarantee the safety of the students while in South Africa.

She said the organisers hinted that while in South Africa, the Nigerian competitors would neither disclose their nationality nor will they be able to go out for sightseeing for the duration of the competition.

According to her, the host says that the event will not be given publicity and that no one else will be invited to witness the competition.

“We planned to go to South Africa for this robotics competition which is basically supposed to be for few African countries and would have held on Sept. 28.

“However, we will not be attending because of the situation in South Africa currently.

“And the fact that I cannot personally guarantee the safety of the students while there, and with our host telling us that even if we come, it will not be announced.

“That we have to come quietly and we will not wear our Nigeria T-shirts and that the bus that will convey us will not display our logo of Green, White, Green, so how can we proudly showcase our country?”

According to her, beyond the host not guaranteeing safety, there is the need to support our brothers and sisters who have not been treated fairly in South Africa.

She added that attending the competition would also be like a betrayal of trust; we are also glad the parents of the students agreed that it was not safe to make the trip.

“So, we decided it was not the best thing to risk the lives of the students at this time in the name of competition,” she said.

Aigbiniode, one of the students, expressed disappointment over the situation, saying they had worked hard for the competition.

She, however, said it was not all disappointing moments “because we learnt the process of building and developing a robot.”

She said that the competition was basically on first tech challenge and on a space mission.

For Tirenioluwa, Robotics is like any other game or competition that brings people together no matter the race or tribe.

“I see robotics going very far not only in the aspect of being a game but helping different countries to solve issues and develop technology,” he said.

“It is a great era for us to expand to prove to the world that African countries have advanced in technology.”

What I Will Miss About My Late Dad, Oba ABIODUN ONIRU – Aremo ADESEGUN ONIRU