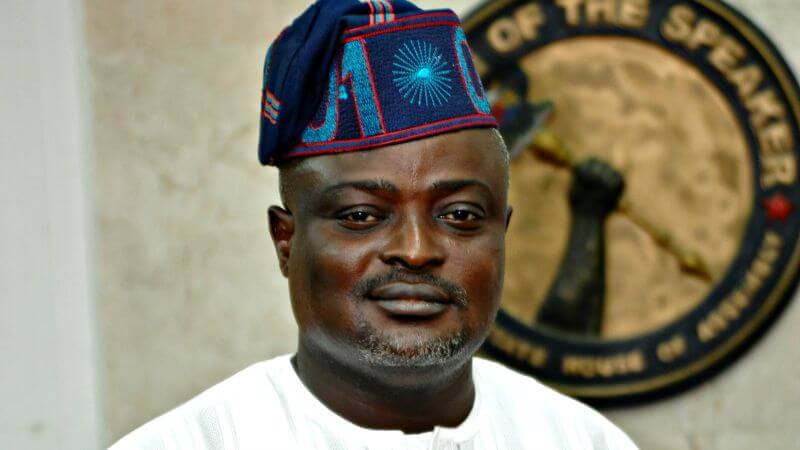 To back up their endorsement, the community also purchased the nomination forms for state Assembly election for the two lawmakers who are members of the All Progressives Congress  (APC).

The move, which was a ‘coup’ for the lawmakers, was spearheaded by the Chairman of Agege Local Government, Alhaji Ganiyu Kola Egunjobi. Hon Ogundimu had gone to the APC secretariat at Acme Road to collect nomination forms for him and the Speaker only to be informed that the forms have been collected on their behalf by the community.

The APC chieftain in Agege, Chief Safari Adaranijo stated that the community decided to collect the forms for the lawmakers in appreciation of their immense contributions to the development of Agege.

“The development is unprecedented in the history of the community. Roads, bridges, employment for youths and empowerment programmes for women. They have performed well. So we are doing this not only to show appreciation but also to give them the chance to serve us more and bring more development,” Chief Adaranijo said.

His views were corroborated by the Alaige of Orile Agege, His Royal Majesty Ambaliu Agbedeyi who stated that the two lawmakers are worthy ambassadors of Agege community.

“We are happy with their performance and we will support them for another term. We are sending them back to bring more development and growth to Agege community. They are worthy ambassadors,” he said.

The member representing Agege Federal Constituency in the House of Representatives, Honourable Taofeek Abiodun Adaranijo also poured encomiums on both the Speaker and Hon Ogundimu. “The two of them have represented the community well. We can only show appreciation by endorsing them for another term. We have shown our intention by purchasing their nomination forms and I know they will not rest on their oars,” the Rep member said.

Accepting the forms on behalf of the Speaker and himself, Hon Ogundimu expressed appreciation to the community for the honour.

“This is a great honour, the first in the history of this community and I am assuring you on behalf of Rt. Hon. Mudashiru Obasa, that this is a call for more service. We will not relent and we will not rest on our oars. We remain committed to the development and growth of Agege community,” Hon Ogundimu, who is the Chairman of the House Committee on Finance, said.

Aspirant withdraws from senatorial race because of governor’s interest