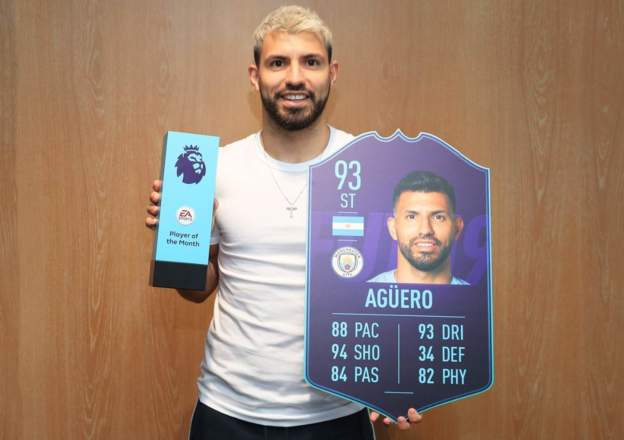 Manchester City goal poacher, Sergio Aguero has been named the Premier League Player of the Month for February.

The blues striker has scored seven goals in his four Premier League matches during the month.

It is the sixth time that Aguero has won the award, which is the joint-highest number along with Harry Kane and Steven Gerrard.

We Are Not Taking Over MMA2 Airport From Bi-Courtney – FAAN