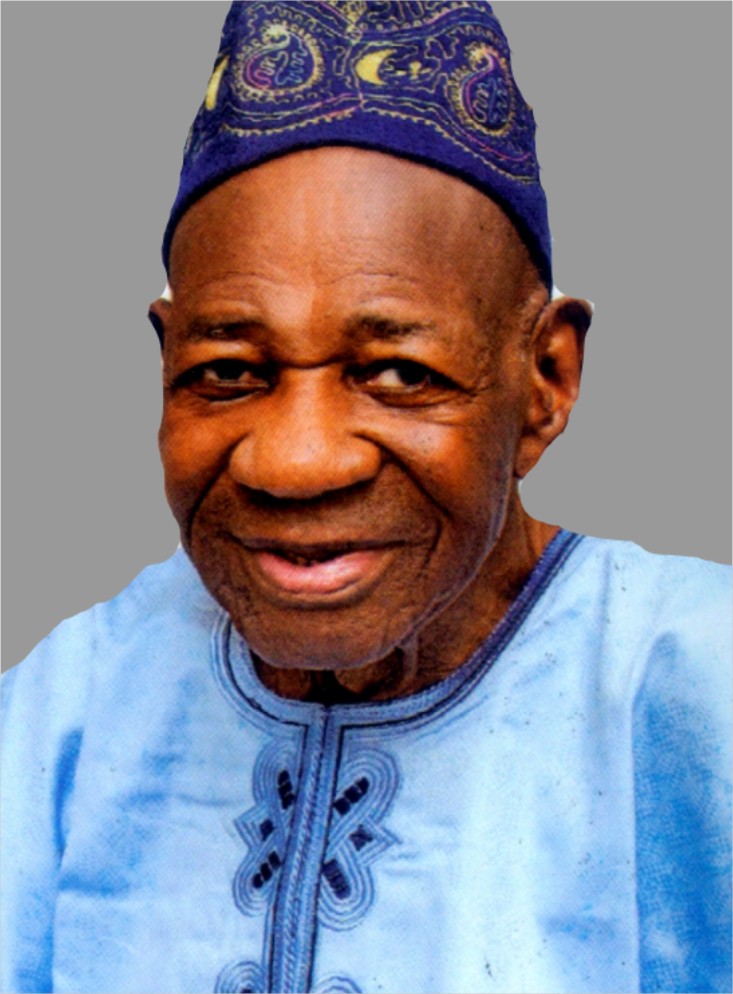 A few months back, Alhaji (Prince) Shafi Mobolaji Shittu celebrated his 90th birthday in his hometown, Aiyepe. Last Saturday, this highly accomplished man of means passed on and was buried the following day after his children flew in from abroad to bury him. He was buried according to Islamic rites and the instructions he left behind.

The nonagenarian superhero father, grandfather and great grandfather was born exactly 90 years ago, on the 5th of February, 1932 into the royal family of Alhaji Seidu Kehinde & Alhaja Humani Shittu, of blessed memory.

He had his primary education at Holy Trinity School Aiyepe and studied stenography at a private commercial school in Lagos. He completed this program with flying colours and qualified as a stenographer in 1951.

Being an enterprising and industrious personality, he ventured into Textiles retail business. Alhaji Sulaimon Ademola Shittu later joined the growing business as a partner. This retail business metamorphosed into wholesale of tailor-made clothing, handkerchiefs, mens’ underwear and footwear under the banner of the Idera-Olu Textiles Industry.

In 1955, Idera-Olu Textiles Industry expanded its horizon to include the selling of embroidery lace materials which were sourced mainly from Italy. The company continued to experience tremendous growth and set the pace of fashion trends in the social scene of Nigeria.

In 1961, Idera-Olu Textiles Industry started sourcing high-quality Damask and classic Guinea Brocade materials from Germany and marketed same in Nigeria under the leadership of Alhaji Shafi Mobolaji Shittu -the company became the biggest dealer of Guinea Brocade in Nigeria.

In the quest for further expansion Alhaji (Prince) Shafi Mobolaji embarked on a business trip to Austria, Germany, Switzerland, Britain and France in 1966 which paved way for various business contacts that positively affected the expansion of the business. Idera Olu Textiles became an household name among international manufacturers and local consumers.

Furthermore, in 1970, Alhaji (Prince) Shafi Mobolaji Shittu was introduced to Messrs. Franz Maser, an Austrian large embroidery manufacturer. This meeting led to a partnership agreement between the embroidery manufacturer and Idera-Olu Textiles which marked the beginning of a new and bigger business opportunity. Alhaji Shafi Mobolaji moved from the trading of textiles to manufacturing. With this role change came the sole responsibility of deciding the location of the factory.

Alhaji (Prince) Shafi Mobolaji Shittu proudly decided that the location for this new business should be at nowhere other than Aiyepe. For this main decision by a single man, Aiyepe became household name in Nigeria and internationally.

The construction of the Lace Factory started in 1970 and was commissioned on 9th December, 1972 by the then Governor of Western State, Brigadier Oluwole Rotimi. Thus, Idera-Olu Textiles expanded and became Austro-Nigerian Embroidery Factories Limited with Alhaji (Prince) Shafi Mobolaji Shittu as the Chief Executive Officer/Managing Director. Under his able leadership the company carved a unique brand name of high quality lace material widely known as “Aiyepe lace”.

“Aiyepe lace” took Aiyepe town to a recognizable level and became popular internationally. Aiyepe lace contributed to the rapid development of our beloved town. This also created job opportunities for so many people. In recogniton of his role in the manufacturing sector Alhaji Shafi Mobolaji Shittu received many local and international awards.

In 1992, under the leadership of Alhaji Shafi Mobolaji Shittu, “Sule & Shafi” established another company known as Sulsaf Industries Nigeria Limited which specialized in the production of printed fabrics popularly known as jacquard-again, setting the trend in the social scene.

Alhaji (Prince) Shafi Shittu is a philanthropist per excellence. He is a cheerful giver. He contributed immensely to the socio-economic and religious development of his hometown, Aiyepe. He was Vice-Chairman of Aiyepe Muslim Community, for several years and was later turbaned as Baba Adinni of Aiyepe by the Aiyepe Muslim Community in June, 1991. Among his indelible notable legacies are the perception, conception and financing of the building of the new ultra-modern Aiyepe Central Mosque in collaboration with other notable sons and daughters of Aiyepe. As Baba Adinni, he plays strong fundamental roles in the activities of the Muslims and Aiyepe in general.