Ajax Goalkeeper Andre Onana Gets One Year Ban For Drug 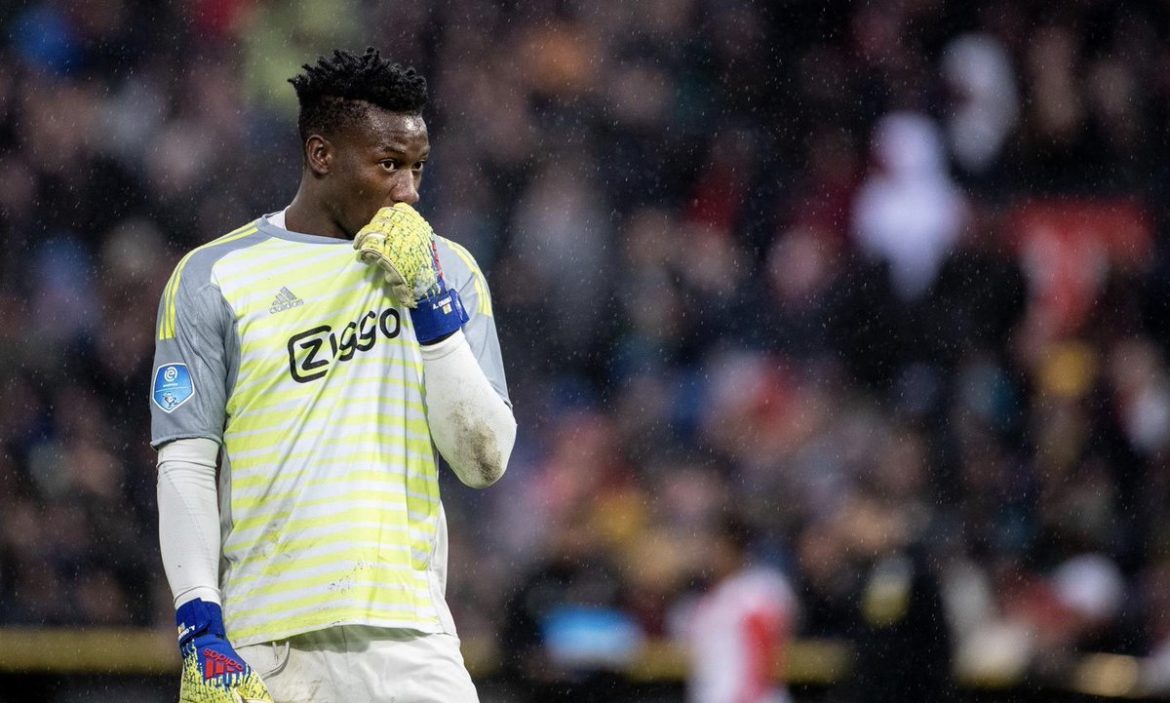 Ajax’s Cameroonian international goalkeeper Andre Onana has been suspended for one year for doping, the Dutch club said on Friday.

The club said in a statement Onana had “mistakenly” taken his wife’s medicine which had led to the banned diuretic Furosemide appearing in his urine.

Ajax said they had hoped Onana would receive a shorter ban because the substance was “arguably” not a performance booster.

“On the morning of October 30, Onana was feeling unwell,” the club said in a statement.

“He wanted to take a pill to ease the discomfort. Unknowingly, however, he took Lasimac, a drug that his wife had previously been prescribed.

“Onana’s confusion resulted in him mistakenly taking his wife’s medicine, ultimately causing this measure to be taken by UEFA against the goalkeeper.”

Ajax added that UEFA had stated that Onana, who has played 18 times for Cameroon, had no intention of cheating and said they will appeal against the decision at the Court of Arbitration for Sport (CAS).

“We had hoped for a conditional suspension or for a suspension much shorter than these 12 months because it was arguably not intended to strengthen his body and thus improve his performance,” said Ajax’s managing director Edwin van der Sar, the former Manchester United goalkeeper.

It is the second major setback this week for Ajax who admitted Thursday that they had made a “huge” mistake in failing to register record signing Sebastien Haller for the remainder of their Europa League campaign.

The Franco-Ivorian striker joined the club from West Ham in early January for a club record 22.5 million euros ($26.9 million) and ought to have been included on their Europa League roster but somehow was overlooked.