Alert! This 20-year-old Rapist Has Escaped From Police Custody 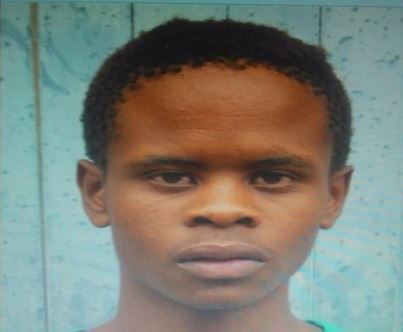 The South African Police Service (SAPS) has launched a manhunt for a 20-year-old rapist identified as Gift Tonko Tshehla, who escaped from lawful custody in Motetema Police station.

According to Police report, he escaped from custody after he faked an identity of another suspect on the 16th July 2017. A man who claimed to be his relative paid a bail of R300-00 in the name of another suspect and took him away.

The SAPS in a statement has appealed with the general public to help with information that will lead to his arrest.

He was arrested for a series of armed robberies. The robberies happened in the Burgersfort and Steelpoort areas two months ago. But, he was only arrested last week during an Intelligent Led Joint Operation led by the Provincial Tracking Team.

According to SAPS, he escaped while further investigations are being carried out on the crimes he committed. Now, the detailed circumstances behind his escape are also being investigated.

“It is alleged that the suspect escaped near Ga-Mashamothane Zone-6 village and disappeared. Anyone with information about his whereabouts may contact Detective Warrant Officer Mamphoke on 076 416 6876, Crime Stop – 0860010 111, crime line SMS – 32211 or the nearest Police Station,” SAPS appealed.

The police service assured that investigations on the escape of the rapist and the serial robber will uncover all the circumstances surrounding the incident.

See their photo below..

Alert! This 20-year-old Rapist Has Escaped From Police Custody was last modified: July 19th, 2017 by Reporter