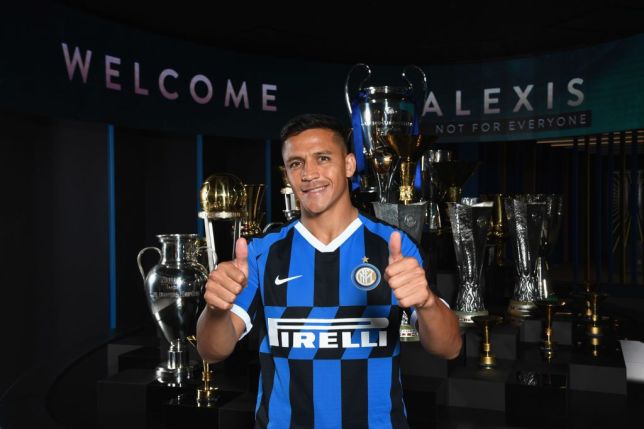 Forward Alexis Sanchez “does not regret” joining Manchester United but says he did not get enough playing time to be a success.

The Chilean, 30, joined Inter Milan on a season-long loan deal in August after 19 months at Old Trafford.

He was United’s highest earner on about £400,000 a week – but scored only five times in 45 games after joining from Arsenal in January 2018.

“I’ve always said that. It’s the club that’s won the most in England.

“When I went to Arsenal it was fantastic – I was happy there – but United were growing at the time, they were buying players to win something.

“I wanted to join them and win everything. I don’t regret going there.”

Sanchez scored 80 goals in 166 matches for Arsenal after signing for £30m from Barcelona in July 2014, and was nominated for the Professional Footballers’ Association Players’ Players of the Year award in 2017.

However, his departure for United coincided with a severe downturn in form.

He scored just two goals in 27 appearances for the Premier League side last season, although he impressed during Chile’s run to the Copa America semi-finals this summer, netting twice.

Sanchez started only 31 of 77 possible games for United and completed 13 of those.

“I think that I’m happy when I play for my national team,” he said.

“I was happy at Manchester United too, but I’ve always said to my friends: I want to play.

“If they would let me play I’ll do my best. Sometimes I’d play 60 minutes then I wouldn’t play the next game – and I didn’t know why.”

Before his move to Inter Milan, Sanchez was not involved in pre-season matches and did not feature in Ole Gunnar Solskjaer’s side’s first three league games, with the club citing an injury picked up on international duty.

However, the Chilean said he felt “ready to play” after the Copa America.

“I felt fine,” he said. “I think I did well in the Copa America.

“After that, it [not playing any pre-season games] depended on the coach to let me play. You need to ask him this question, not me.”