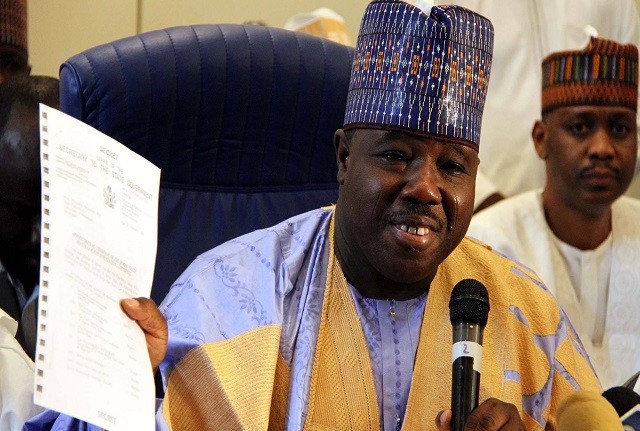 The judgment on the PDP leadership tussle – between Sheriff and Ahmed Makarfi was delivered by a three-man panel of justices on Friday.

This judgment is one in a series of judgments on the impasse.

Mohammed Liman, justice of the federal high court, Rivers state, had sacked Sheriff as chairman of the PDP, while the Abuja division of the court, presided over by Okon Abang had declared Ahmed Makarfi’s caretaker committee as illegal.

Owing to the conflicting judgments by the lower courts, both parties went to the appeal court to seek redress.

Makarfi challenged the decision of Abang at the Abuja division of the appeal court, but the court could not take a decision because Sheriff had already filed a suit challenging his removal by a high court in Rivers.

The PDP leadership crisis started in May 2016 at its national convention in Port Harcourt.

Sheriff had called for a cancellation of the exercise when he got wind of the alleged plot of some party leaders to remove him.

But the convention went on as planned, during which a caretaker committee chaired by Makarfi was set up.

Legal battles and intrigues between the factions then ensued