Alleged threat against Igbo’s: Buhari has right to express himself – Lai Mohammed 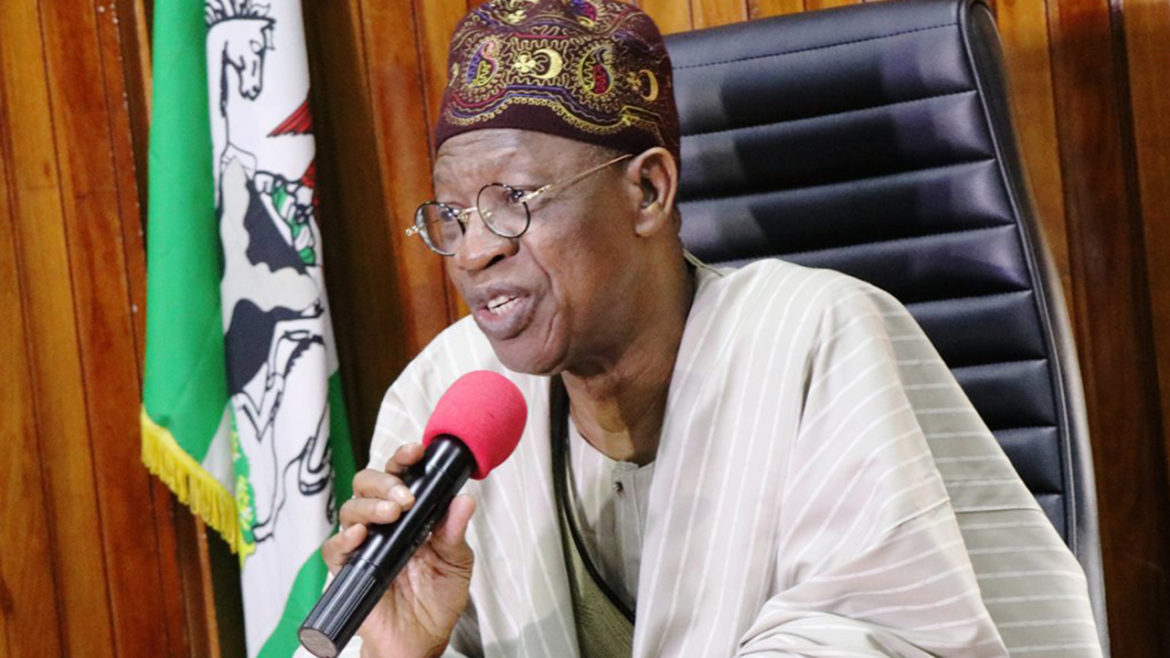 The Federal Government has reacted to the ongoing outrage over the alleged threat against Igbo’s by President Muhammadu Buhari.

The President had on Tuesday vowed to clamp down on those destroying government facilities in the Southeast.

He had alleged that the unknown gunmen who attacked security operatives in the region were sponsored by those who want his administration destroyed.

But following the outrage from Nigerians over his comments, Twitter, on Wednesday deleted the tweet from the President’s handle.

Reacting to the deletion, the Minister of information and Culture, Lai Mohammed said the president has the right to express his idea on the current security challenges.

The Minister spoke while being questioned by State House correspondents.

He said, “Twitter may have its own rules; it’s not the universal rule. If Mr. President, anywhere in the world feels very bad and concerned about a situation, he is free to express such views.

“Two, any organisation that gives directives to its members, to attack police stations, to kill policemen, to attack correctional centres, to kill warders, and you are now saying that Mr. President does not have the right to express his dismay and anger about that? We are the ones guilty of double standards.

“I don’t see anywhere in the world where an organisation, a person will stay somewhere outside Nigeria and direct his members to attack the symbols of authority, the police, the military, especially when that organisation has been proscribed”.

Alleged threat against Igbo’s: Buhari has right to express himself – Lai Mohammed was last modified: June 2nd, 2021 by Reporter