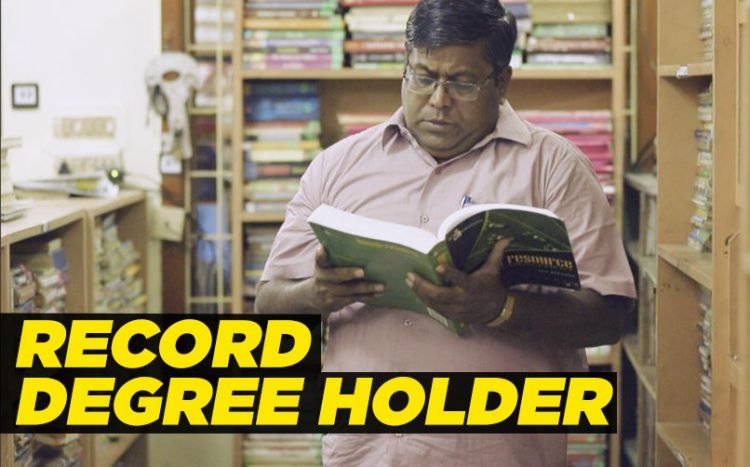 You think obtaining an academic degree is a daunting task? Try 145. Professor VN Parthiban, who teaches in Chennai, India, has obtained 145 degrees over the last 30 years and has no plans to stop studying anytime soon.

Parthiban’s journey started after he struggled with his first degree. He was a disorganized student who would often mix up coursework and study for the wrong test – leading him to flunk major exams and projects. After he finally graduated, Parthiban got a job working for the Judiciary Department, but the desire to study never completely went away. Enticed by all the amazing subjects and areas of study that were available to him in university, Parthiban decided to go back and seek a second degree. And then a third. And then 142 more.

As Parthiban explained in an interview with Sunday Indian, after getting his first degree he “started to apply wherever they do not require a transfer certificate for registration so that I could study different courses at the same time. In the last thirty years, I have been continuously in the process of preparing for exams and applying for new degrees or diploma courses.” 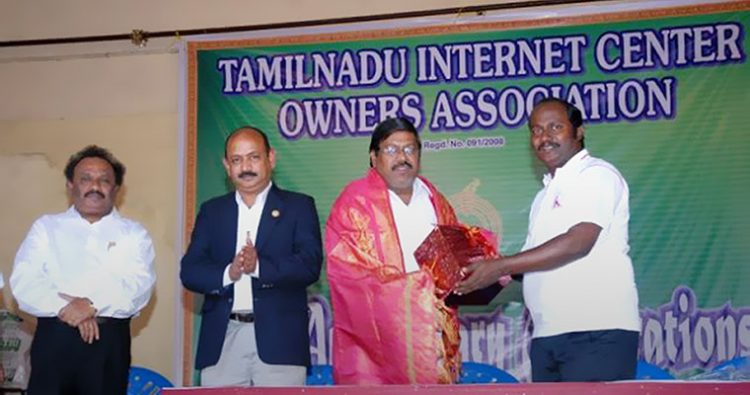 Unfortunately, there have been some negative side effects to Parthiban’s constant studying. The intense absorption of information has taken a real toll on Parthiban’s memory and now he even has difficulty recognizing people’s faces and routes to places he’s been dozens of times.

These setbacks have not slowed Parthiban down, however. The 56-year-old still studies while also conducting lectures on multiple subjects at several universities. In addition to all his academic work, Parthiban also has a family – wife and two kids – all of whom take education just as seriously as he does. In fact, his wife has 9 degrees of her own. Keep it up, girl – you’ve only need 136 more to catch up.

A certain Luciano Baietti, is the current record holder for world’s most university degrees, 15.