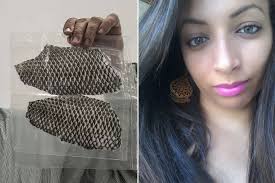 A woman who was born without a vagina has become the first in the world to undergo pioneering surgery that constructed a new vaginal canal out of fish skin.

The surgery was done in April last year at the Federal University of Ceara (UFC), Brazil, but has only just been revealed after it was confirmed as a success.

The patient, 23-year-old Jucilene Marinho, has now spoken for the first time and talked about how the revolutionary operation using skin of the tilapia fish has changed her life and allowed her to have sex for the first time.

An ecstatic Ms Marinho spoke for the first time to FocusOn News about how the ground-breaking surgery has changed her life and made her feel like “a proper woman” who now enjoys a healthy sex life.

The young university student from Lavras da Mangabeira was diagnosed in her teens with having no cervix, uterus, ovaries or womb. However, to doctors’ surprise, she developed normally throughout puberty and even experienced menstrual cramping pains in her stomach but never had a period.

At the age of 15 she was given the crushing news there was nothing but connective tissue behind the skin blocking the opening of her vagina.

Mayer-Rokitansky-Küster-Hauser syndrome (MRKH) is a congenital (born with) abnormality, characterised by the absence or underdevelopment of the vagina, cervix and the womb, which affects one in every 5,000 women.

People with the condition usually discover that they have it during puberty, as although they develop breasts and pubic hair, they do not start having periods.

This is because the ovaries produce the female hormones that make normal development occur, but the absence of the vagina and uterus mean that there is no bleed.

For the majority of women with MRKH, surgeons are able to create a vagina by stretching the small amount of vaginal tissue already present.

Following this, women with MRKH will be able to have sex.

Although women with this condition are usually unable to carry a pregnancy, they may be able to have children through assisted reproduction.

Individuals with MRKH syndrome may also have abnormalities in other parts of the body.

The kidneys may be abnormally formed or positioned, or one kidney may fail to develop (unilateral renal agenesis).

Females with MRKH syndrome may also have hearing loss or heart defects.

I cried a lot when I found out. I thought my world had ended. I’d always dreamed of having a baby of my own now I had to accept that wouldn’t be possible.
She spiralled into a deep depression fearing she would never experience an intimate and loving relationship. This worsened when a teenage boyfriend mocked and broke up with her after discovering the disorder. But last year, six months after agreeing to become the first of four women to have the experimental procedure, Ms Marinho had sex for the first time in her life with her partner Marcus Santos, 24, who she has been with for over a year and who has supported her throughout.

I spent three months recuperating from the operation and then doctors gave me the all clear to have sex in October last year, Ms Marinho revealed happily.

At first I was very scared to do it because I thought it would hurt and I was worried it might damage the opening. But it was a wonderful moment because everything worked perfectly. There was no pain just a great deal of pleasure and satisfaction.

I didn’t feel any discomfort and there was no bleeding. Everything felt sensitive in what I’m told is the right and normal way. It was perfectly natural like the opening had always been there.

The unorthodox treatment, whch was led by gynaecologist, Dr Leonardo Bezerra, is faster, cheaper and less aggressive than the conventional method used for sufferers of Mayer-Rokitansky-Küster-Hauser (MRKH). The rare congenital disorder affects approximately one in 5,000 newborn girls and results in the absence of some or all of the female reproductive organs. 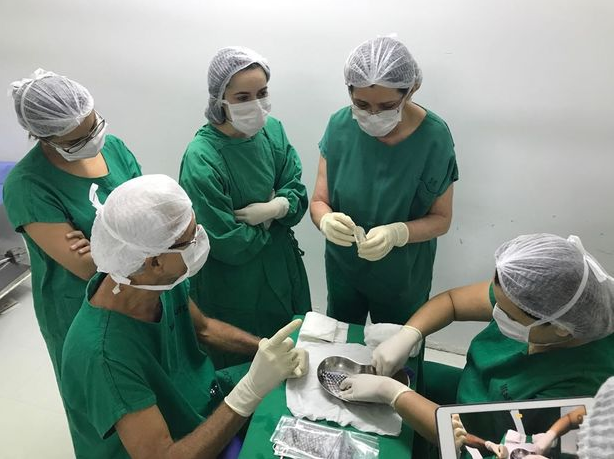 The revolutionary treatment involves opening a space between the vagina and anus and inserting a tubular mould lined with the skin of the freshwater fish. Once in contact with the patient’s body, tilapia skin acts like stem cells and is absorbed and transformed into cellular tissue forming the walls of the canal, similar to that of an actual vagina.

Before being used, the fish skin undergoes a special cleaning and sterilization process in the lab followed by irradiation to kill viruses. The process removes all the scales and fish smell and results in a light-coloured gel dressing that can be stored for up to two years in refrigerated sterile packaging.

Some Nigerian Banks Are On The Verge Of Collapse – Ibrahim Magu