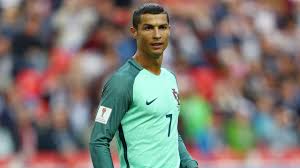 The amount of money Juventus will earn every year after signing star player, Cristiano Ronaldo from Real Madrid has been revealed.

Il Sole 24 Ore reports that the signing of Ronaldo will allow Juve to gain an extra €75 to €100 million per year.

The report claimed that the Ronaldo effect will have a huge impact on Juventus’ balance sheet although incomes from ticket sales and television rights are not going to improve as much for the Old Lady, who are expected to earn maximum €34million extra from these avenues in their balance sheet.

Juventus have closed the gap with the best European clubs on the pitch, but outside of it, there is still a big distance between the Old Lady and clubs like Real Madrid, Manchester United and Barcelona, three of the richest clubs in the world.

The Turin club paid Real Madrid £99.2million to sign Ronaldo earlier this month and sold $60million worth of Ronaldo jerseys in 24 hours, nearly half his transfer fee, Dailymail UK reports.

Speaking on why he joined Juventus, Ronaldo said at his first team press conference: “I want to leave my mark on the history of Juventus.

“This is one of the best teams in the world, and I’ve had my mind set on coming here for a little while.

“I feel great, for me it is another challenge. I know it will be tough. I will be ready, Juve is ready,” he said.