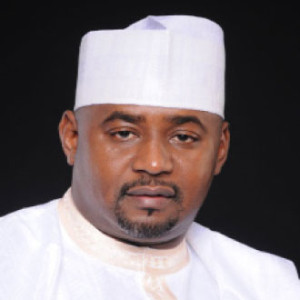 Again, protesters on Sunday disrupted a political gathering convened by a member of the House of Representatives, Mohammed Gololo (APC-Bauchi), in his ancestral Gololo village of Gamawa Local Government Area of Bauchi State.
Honorable Gololo, the representative for the Gamawa federal constituency, was hurled with stones at the event organized by the lawmaker to distribute empowerment materials to his supporters.
His vehicle was damaged in the process as security operatives whisked him away, witnesses said.
A witness told journalists that the windscreen of the car of the federal lawmaker was smashed by the angry youth who reportedly marched from the scene to his house to continue the attack.
Luckily for Mr. Gololo, he and members of his family were said to have fled the house before the mob arrived.
A member of his family who confirmed the attack on Mr. Gololo’s house, however, denied that it was by a mob.
He attributed the damage to burglary, saying thieves had broken into Mr. Gololo’s old residence.
The assailants reportedly carted away personal belongings of the representative during the attack.
An indigene of Gamawa Local Government Area, who identified himself simply as Salisu, said he was at Gololo village at the time of the incident.
Mr. Salisu accused political opponents of instigating the protesters against the lawmaker, saying Mr. Gololo was saved from being lynched by his military guards.
Various organisations had last year written public petitions accusing Mr. Gololo of abandoning his constituents while living a life of opulence in Abuja.
A member of another youth organization involved in a petition, Gamawa Youth Mobilization Forum, also explained what prompted the action.
“All attempts have been made to invite Honourable Mohammed to come to his constituency for a meeting so that he will understand why people are not happy with him. Unfortunately, he refused, saying the youth should send a delegation to meet him in Kano, Kaduna or Abuja.”
The groups said they were further incensed when Mr. Gololo was named in the allegation of sexual harassment in the United States of America.
Mai Zanen Gololo, the presenter of a popular Hausa radio programme, “Zabi Son Ka”, described the attack as unfortunate.
He confirmed that Mr. Gololo’s residence was ransacked.
“All the property, including television, refrigerator, windows, in fact, anything handy, have been taken away.
“Trouble started when it was time to start distribution of sewing machines. Gololo and the security around advised that the items be distributed at the police station. The items were later taken away to Gamawa.
“When the security took the remaining items to Gololo’s house, these youth forced their way into the house, carted away a number of sewing machines and all properties in the house. The situation was so mad that someone tried to remove the main gate of the house, but was chased away by the security.’’
When asked if the lawmaker truly abandoned his constituency, he said it was not true.
“You know, if you don’t distribute money, people will say you are not attending to their needs. Though I may not know when he comes, because when he comes I don’t pay him a visit. But he did some culverts in this town and some other minor projects. He assists also.”
The presenter also said the house vandalised is not the old house as some people were saying.
“It is his new house where he resides whenever he was in town. I went there and saw how it was vandalized like in a war situation.”