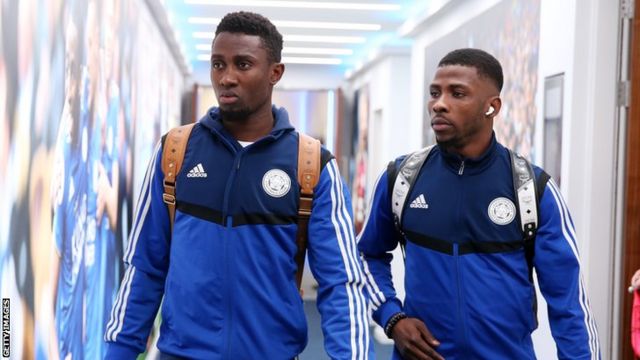 Leicester City ended the 2019/20 season on a disappointing note when a final-day loss to Manchester United dropped them out of the top four places. One year on, and Leicester repeated the trick with a devastating 4-2 loss to Tottenham Hotspur that cost them Champions League football at the final hurdle once again.

All in all, it’s been a good year for Leicester City, who surely would have taken an FA Cup win and European football before the season began. Wilfred Ndidi and Kelechi Iheanacho, two stars of the Nigerian squad sure to factor at AFCON next year, played a massive part in a strong season that solidified the Foxes as a ‘Big Six’ team for the first time.

But the season could have been even better for Brendan Rodgers and his men, who, until the final day of the league campaign, were the only team to sit in the top four for the entire year. At one point in the season, Leicester were even fancied as title contenders in Premier League betting markets, despite attacking stars like Jamie Vardy, James Maddison and Harvey Barnes among their absentees with injury. It’s been Iheanacho who has supplied the goals instead, while Ndidi has been a lockdown presence in midfield and linked with a big-money move to Real Madrid or Manchester United.

For Kelechi Iheanacho, a haul of 12 league goals in the Premier League is a career-best return, doubly impressive since all 12 came in the second half of the season. The former Manchester City frontman, still only 24 years old, has been a revelation capable of both deputising for Vardy as a lone striker or playing alongside him in a front two. A hat-trick against lowly Sheffield United was surely the highlight and Brendan Rodgers will feel he has his striker of the future in Iheanacho if he replicates that form next season.

Ndidi Imperious in the Engine Room

No Premier League player registered more tackles and interceptions per 90 minutes than Wilfred Ndidi. Playing occasionally in defense instead of midfield, Ndidi was a disruptive presence wherever he was deployed – his emergence has allowed Leicester to solidify the defensive midfield position without missing a beat after losing N’Golo Kanté to Chelsea in 2016. Now the question is this: with Leicester locked into Europa League football for a second successive season, can they keep hold of Ndidi if a Champions League team comes calling for their star players again?

For many reasons, this will go down as a memorable season for Leicester City, but despite missing out on the top four, they will be delighted to have won a first FA Cup in their history. That 1-0 win at Wembley, on the back of massive performances from Kasper Schmeichel and Youri Tielemans, shows that this is a team on the rise, and they have a host of players beginning to play the best football of their careers. Going into next year, assuming they can stay healthy and have learned their lessons from seasons past, Leicester may finally return to Europe’s top competition.

Another Late-Season Rollercoaster for Ndidi, Iheanacho and Leicester City was last modified: May 31st, 2021 by Reporter

Late YINKA ODUMAKIN Revealed How He Ended Rift With OBJ