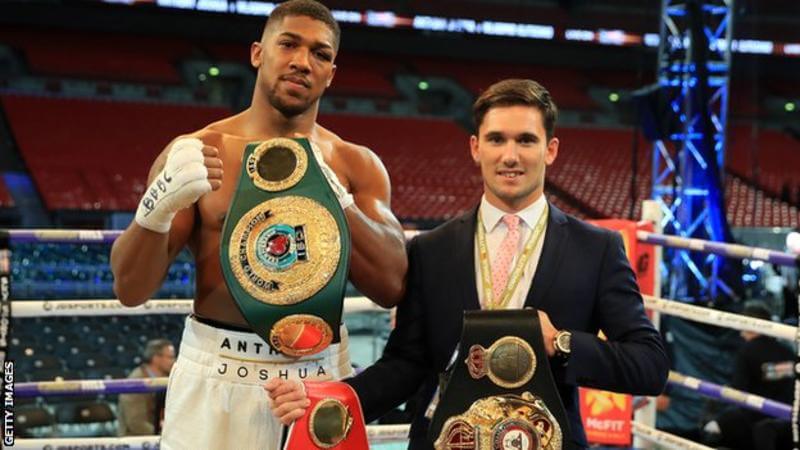 Nigerian-born British heavyweight champions, Anthony Joshua has been ordered by the WBA to defend his title against Cuba’s Luis Ortiz.
The 27-year-old was due to face Wladimir Klitschko in a rematch before the Ukrainian retired on Thursday.
The WBA says Joshua and Ortiz have 30 days from 3 August to agree with the fight.
Joshua, who beat Klitschko at Wembley in April, has also been told he must face IBF mandatory challenger Kubrat Pulev before 2 December or risk being stripped of his belt.

You may also like: MASSIVE PROTEST ERUPTS IN IKEJA AS WOMEN STORM GOVERNOR’S OFFICE IN LAGOS
There had been plans for Joshua to fight Klitschko in Las Vegas on 11 November and Ortiz’s manager, Jay Jimenez, has said his fighter could fill the void. 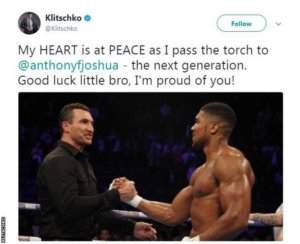 Jimenez told Boxingscene: “We are next. We have no problem fighting on that date of November 11th in Las Vegas. Our mandatory takes precedence over Pulev’s and they know that.”
Ortiz, 38, has 23 knockouts from 27 wins, while Pulev, 36, has one defeat in his 26 fights, with 13 stoppages.
Joshua holds two of the four major belts, with New Zealand’s Joseph Parker the WBO champion, while American Deontay Wilder has the WBC belt.