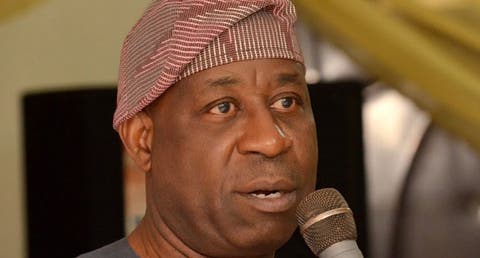 The All Progressives Congress (APC) in Lagos, has finally decided on the succession battle for the Lagos East Senatorial seat that greeted the aftermath of the death of the last occupier, Senator Bayo Osinowo a.k.a. Peperito.

Mr. Dele Alake, a former commissioner for Information and Strategy in the government of then Governor Bola Ahmed Tinubu in Lagos State, has reportedly been picked to replace Osinowo at a party stakeholders meeting which held within the week.

Since nature abhors vacuum, permutations to fill his vacant office begun almost immediately after Osinowo’s death on 15th of June, 2020.

Osinowo, a power broker in Kosofe area whose influence cut across the state as a loyalist of the APC National leader, Asiwaju Bola Ahmed Tinubu, was elected in 2019 after serving as a member of the House of Assembly for sixteen years.

The inside source told Global Excellence that the party leaders after a careful deliberations on the strengths of gladiators in the succession race, who all paraded intimidating credentials, resolved to give the ticket to Alake.

Earlier, eyes were on some of last year’s senatorial aspirants like Senator Gbenga Ashafa, a former Permanent Secretary; Mr. Abiru, former Clerk of the House of Assembly and Chief Lanre Rasak, an experienced politician, Balogun of Epe Division and member of Governance Advisory Council (GAC), who stepped down for Osinowo, shortly before the shadow poll.

Meanwhile, for the Epe turn, had former Governor been in good term with the party leaders in the state, he probably would have been handed the ticket on a platter of gold, the source stated.

It should also be noted that the contest is not an exclusive APC affair, although the APC flag bearer is the candidate to beat. Former Peoples Democratic Party (PDP) aspirants, particularly Abiodun Oyefusi and Babatunde Gbadamosi, are said to be preparing to challenge the APC flagbearer in the contest for the soul of Lagos East Senatorial seat.

is a Nigerian journalist, activist and technocrat recognised as one of the heroes of Nigeria’s Democracy. He is a former commissioner for Information and Strategy in Lagos State between 1999 and 2007 under the then Governor of Lagos State Asiwaju Bola Ahmed Tinubu.

He got involved in active politics in Nigeria as the communication advisor and confidant of Chief Moshood Kashimawo Olawale Abiola, the winner of the annulled June 12 presidential election in Nigeria in 1993.

In December 2014, Dele Alake resurfaced in national politics in Nigeria through its appointment as the director of Media and Communication of the Buhari Campaign Organisation to help Nigeria’s former head of state, Alhaji Muhammadu Buhari, to victory in the presidential election in Nigeria in February 2015.