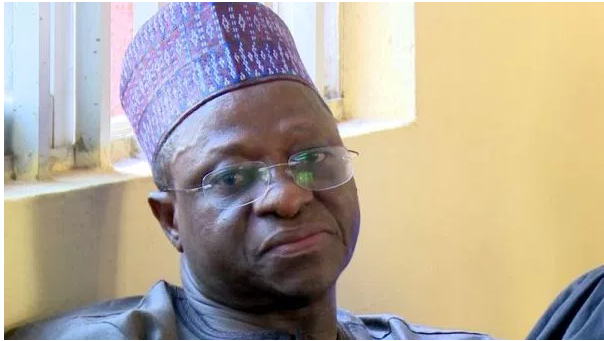 The All Progressives Congress said on Tuesday that it would never allow an ex-convict vie for office on its platform, saying both the Nigerian law and its own constitution prohibit election of persons found guilty of criminal offenses.

The disclosure effectively sealed the prospects of Joshua Dariye, a Nigerian senator from Plateau State who was recently reported to have obtained Senate nomination forms for 2019.

A copy of the form purportedly obtained by Mr Dariye, apparently through his loyalists, has been circulating on the internet since last weekend, and later made its way into dozens of media outlets by Monday morning.

PREMIUM TIMES did not report on the form because Mr Dariye has been in prison since he was convicted on July 12 and no one has openly claimed a purchase on his behalf.

The APC also remained silent on the reports since weekend, until Tuesday afternoon when its spokesperson eventually told PREMIUM TIMES the party’s position following enquiries.

First, Yekini Nabena said he has not been able to confirm that a form was purchased for Mr Dariye, saying perusal of a list of aspirants who have paid for forms from Plateau State turned up no information.

“I have gone to the list for Plateau State, I did not see his name,” Mr Nabena said. But if somebody has managed to collect the form for him, he will be screen out. There is no way he can contest on our platform.”

“Somebody who has been convicted does not have a right to contest on our platform,” Mr Nabena emphasised, adding that he had been in touched with the party’s legal department on the matter.