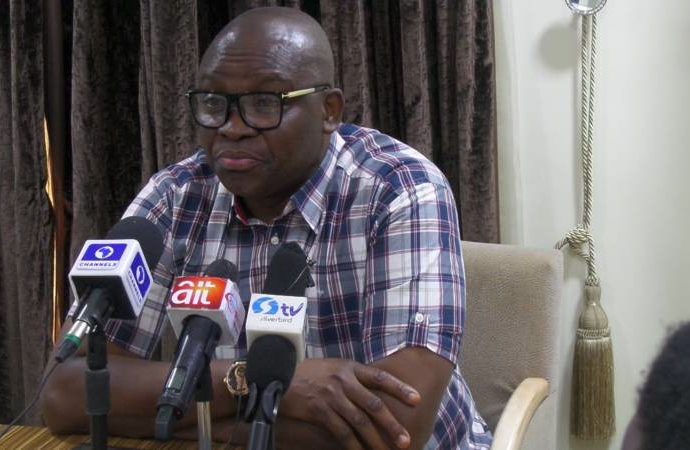 The Ekiti State Governor, Ayodele Fayose, has alleged that pressure was mounted on him from the All Progressives Congress (APC) to back Kayode Fayemi, the APC candidate, against his party’s flag bearer, Kolapo Olusola.

Fayose disclosed this on Tuesday night while featuring in a programme on the state-owned radio and television station in Ado-Ekiti.

He, however, stated that he rejected their plea and would not betray people of Ekiti as a man of principle and integrity.

“They (APC) approached me to negotiate with them and trade away the ticket of Olusola to pave the way for the victory of Fayemi.

“They cited examples of leaders who had done that before and wished I do the same.

“But I bluntly told them that I will never do that. If others are doing it, I am not like them. I have integrity. I am set for another defeat of Fayemi and the APC. After Ekiti, we shall move to higher level in Abuja.