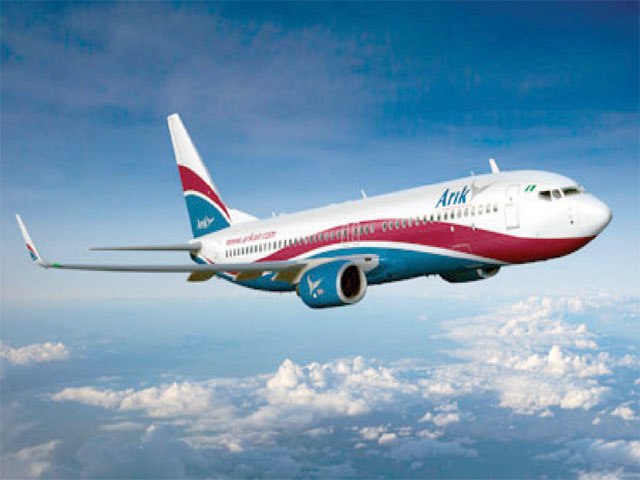 The NCAA also ordered the airline to pay its passengers, whose baggage were delayed on the London to Lagos route between December 2 and December 4 , $150 each as compensation.

The authority disclosed this in a statement signed by its General Manager, Public Relations, Sam Adurogboye, and obtained by the News Agency of Nigeria, NAN, in Lagos on Tuesday.

According to the statement, the Letter of Sanction with reference no. NCAA/DG/CSLA/RM/1-06/16/439 and dated December 22 , has already been sent to Arik Air.

The statement said the authority was earlier inundated with complaints of delay and inability to ferry the passengers’ checked – in luggage on the airline’s services from London to Lagos from December 2 to December 4.

It said upon receipt of the complaints, the NCAA invited the airline to a meeting on December 6 which was duly attended by the airlines’ representative.

“However, Arik embarked on continuous flouting of the Nig.CARs and the authority’s directives to freight all backlog of short – landed baggage to Lagos within 48 hours.

“Similarly, the carrier declined to offer care and compensation to the affected passengers which were unanimously agreed for $150 to each passenger.

“In addition, the airline did not inform the passengers at the soonest practicable time that their checked – in baggage would be off – loaded as required by Part 19.7.2 of Nig.CARs 2015,” the statement said.

It said the N6 million fine must be paid within seven days of receipt of the letter while the $150 compensation to each of the passengers must be made within 30 days.

The statement said “the NCAA expects strict compliance with the provisions of Part 19 of the Nig.CARs by the airline in future.

“This is to assure all stakeholders that the authority exists to protect their rights at all times and as such any violation of the regulation in that regard will be viewed seriously.”

Nigeria to establish ICT University in 2017 – Minister Of Communication