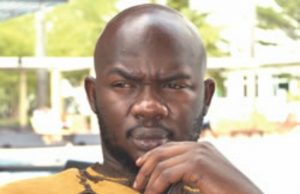 Umar Farouk Alao, the son of late business mogul and the Are Musulumi of Yorubaland, Alhaji Abduazeez Arisekola-Alao, has joined the race to Ibadan North Federal Constituency seat in Oyo State. He is set to contest under the platform of the All Progressives Congress (APC) come 2019.

The former Commissioner for Youth and Sports in the state revealed this during an interview session on an Ibadan-based radio station recently. His decision to vie for the Federal House of Reps seat, he said, was as a result of the immense pressure consistently being mounted on him by the people of his constituency, to represent them at the National Assembly. Many believe since he is the only of the Arisekola’s children in politics, he should carry on with the legacies of the late billionaire. Arisekola in his lifetime was not only a major stakeholder in Oyo politics, but also a bridge-builder whose image loomed large across business, social and political sectors. Though he was not a partisan politician, but he helped many to realise their dreams politically, by giving them both moral and financial support. In fact, Arisekola was a king-maker; he was one of those who determined who gets what as far as Oyo politics was concerned then.

Umar, however, will be relying on the leadership of APC in the state, especially the Executive Governor of the pace-setter state, Senator Abiola Ajimobi who is a close ally of the father in his lifetime, in clinching the party’s ticket. Many believe this should be a kind of payback time for Arisekola’s immense contribution in politics and towards development of Oyo State, particularly Ibadan and the society generally (Arisekola was an employer of labour and a great philanthropist).

Apart from his father’s name, Umar on his own is well equipped with the required experience and C.V.  He is a young chap with decent upbringing and quality exposure. Like most of the Aare’s children, he studied abroad, in the U.K precisely. One of Aare’s main legacies many can testify to is education; he never joked with it and he gave the best of to all his children.

That is why Umar, in another interview, described his upbringing as unforgettable experience, having being trained by a philosopher.  “My upbringing gives me the opportunity to understand a lot about humanity. I got to know that beyond all the certificates, service to humanity is the greatest way to achieve joy. We are all human beings and no matter what we do, the kind of names we coin for ourselves point to who we are.  I lived with a philosopher and a man of wisdom and the opportunity to watch him closely reflected on the way I perceive life today. My exposure in the course of studying abroad also helped my understanding. Part of his lesson to us is that when good things come our way, we should learn to thank God and share with others. When something unpleasant happens also, we should learn to run to God and find happiness in such a situation.”

Umar attended Methodist Primary School, Bodija, Ibadan. His secondary school education was at the both Government College, Ibadan and Bodija International School, Ibadan. He is a  1997 set of BIS. After then he moved to the United Kingdom and enrolled at Irwin College, where he studied Biomedical Science. He obtained his second degree in Accounting from St. George’s University, Grenada, West Indies.

Aside politics, Umar is into Oil & Gas; he is the C.E.O Euphoric Heritage Group of Companies. He is also a Motivational Speaker.