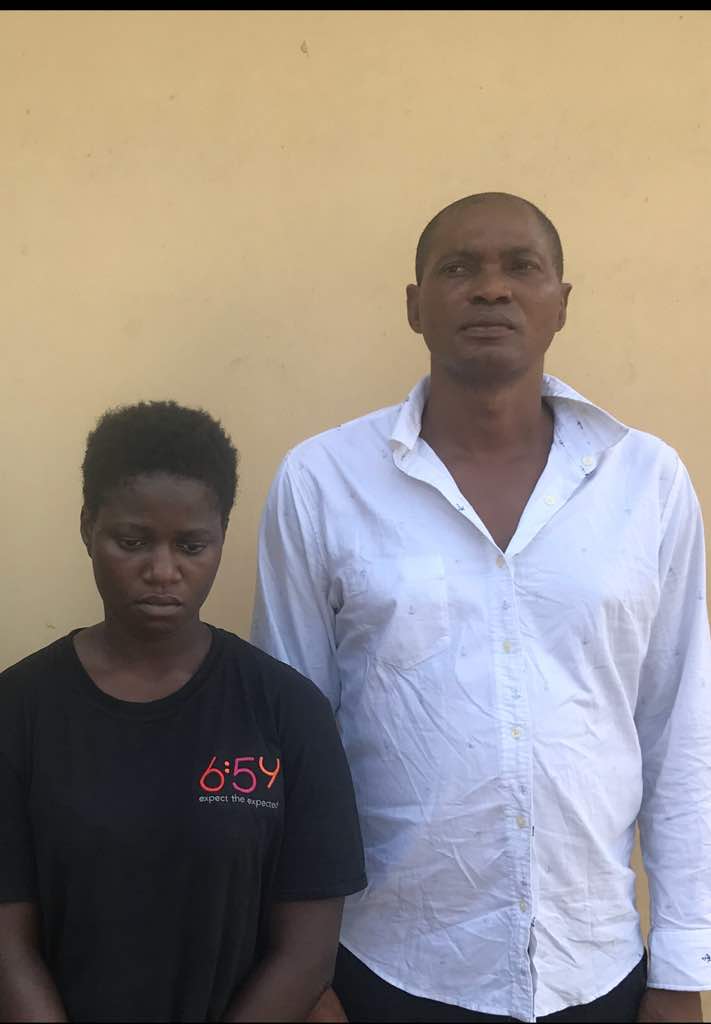 The chairman police service commission had on 2nd of November 2017 petitioned the Assistant Inspector General in charge of Zone 2 AIG Adamu Ibrahim about a fraudster using his name to scam unsuspected members of the public. The AIG referred the petition to the public complaint bureau of the Zone.
The detectives swung into action and the suspect Emmanuel Ebuzoma an indigene of Delta State and his accomplice faith Oregbu were subsequently arrested.

Upon interrogation Emmanuel Ebuzoma confessed that he orchestrated the fraudulent act, explaining further he said he was at home one day and decided to browse the internet through his telephone, he thereafter obtained telephone numbers of members of the Senate, House of Representative, Including governors whom he later sent bulk text messages, informing them of police recruitment exercise, he implored them to send the names and phone contacts of four applicants they wanted to help into the Nigeria police force.

Some of the government functionaries sent numbers of their family members and constituents to the suspect. The suspect immediately contacted them, demanding various sums of money for their registration into the force .The applicants paid between N25,000 to N50,000.

Investigation revealed that the suspect have been able to rake in about N4,000,000 through the accounts supplied by this accomplice Faith.

The Zone 2 police public relations officer while parading the suspects said the AIG has directed that the suspects be charged to court at the conclusion of investigation as she advised job seekers to be aware of fraudsters demanding money in exchange for employment.