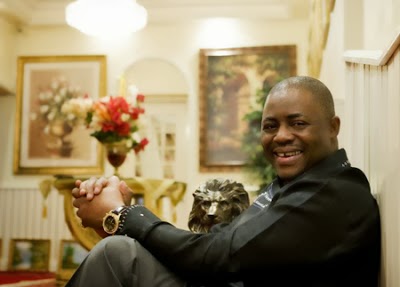 Former Minister of Aviation, Femi Fani-Kayode, has described the arrests made by the police after the clash between Yoruba and Hausa people in Ile-Ife as one-sided.

Recall that DAILY POST reported a violent clash between Hausa settlers and Yoruba indigenes in the ancient town of Ile-Ife, on Wednesday March 8 that left no fewer than five people dead.

The police yesterday paraded those that were said to have allegedly contributed to the escalation of the violent clash.

The Federal Government had during the weekend, said that the clash had nothing to do with ethnicity.

Reacting to the arrest of the suspects, Fani-Kayode noted that the paraded suspects were all of Yoruba origin and wondered why no Hausa/Fulani person involved in the clash was arrested.

Fani-Kayode, via his Twitter handle, @realFFK, wrote, “Every suspect in the bloody Ife clash between the Yoruba and Hausa/Fulani are Ifes.

“Not ONE Hausa Fulani has been arrested. UNACCEPTABLE.”