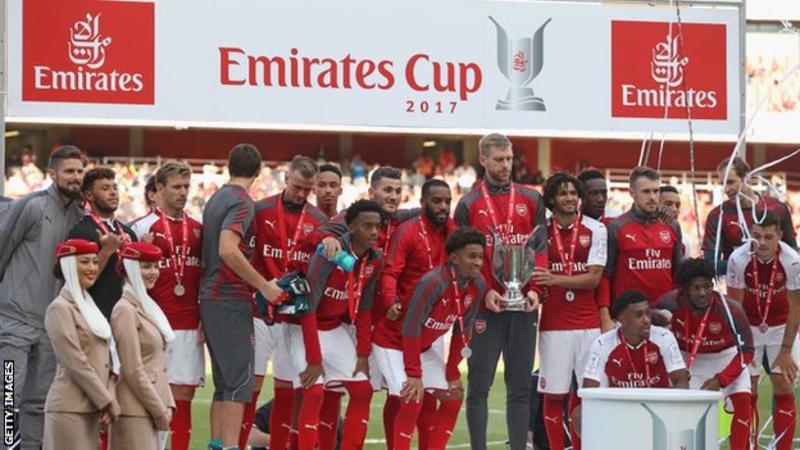 Alexandre Lacazette scored a first home goal for Arsenal since his £52m move from Lyon as the Gunners lost to Sevilla but retained the Emirates Cup.

Sevilla had taken the lead through Joaquin Correa, while Steven N’Zonzi’s long-range strike ensured a 2-1 win.

But the Gunners still claimed the trophy on goals scored – despite Sevilla winning both their matches.

The La Liga side overcame Germany’s RB Leipzig 1-0 in their opener, while Arsenal beat Benfica 5-2.

Each team earned a point for every goal scored, meaning the Gunners finished top of the table.

Lacazette was taken off 10 minutes after scoring against Sevilla as he appeared to be troubled by a leg injury, but manager Arsene Wenger said the change had nothing to do with that.

Lacazette’s first goal for his new club came against Sydney FC in their pre-season opener.

Arsenal face Chelsea in the Community Shield at Wembley on 6 August, before starting the Premier League season against Leicester City five days later.