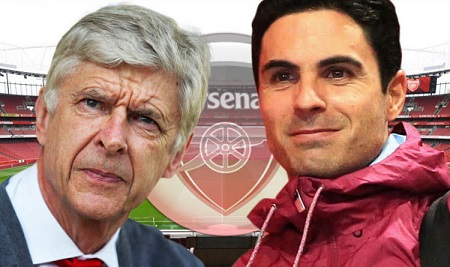 Former Arsenal midfielder Arteta emerged as the leading contender to succeed Arsene Wenger after a number of rival candidates dropped out of the race.

He held talks with Gunners chiefs on Thursday and his appointment will be announced in the coming days, according to Goal.

Arteta is reportedly yet to put pen to paper on a contract, however. Pep Guardiola has given the 36-year-old his blessing to leave his assistant manager role at Manchester City to return to the Emirates Stadium.

Arteta Agrees To Replace Arsene Wenger was last modified: May 19th, 2018 by Reporter