At The Burial of Chief Mrs Morenike Victoria Komolafe In Igbara-Oke. 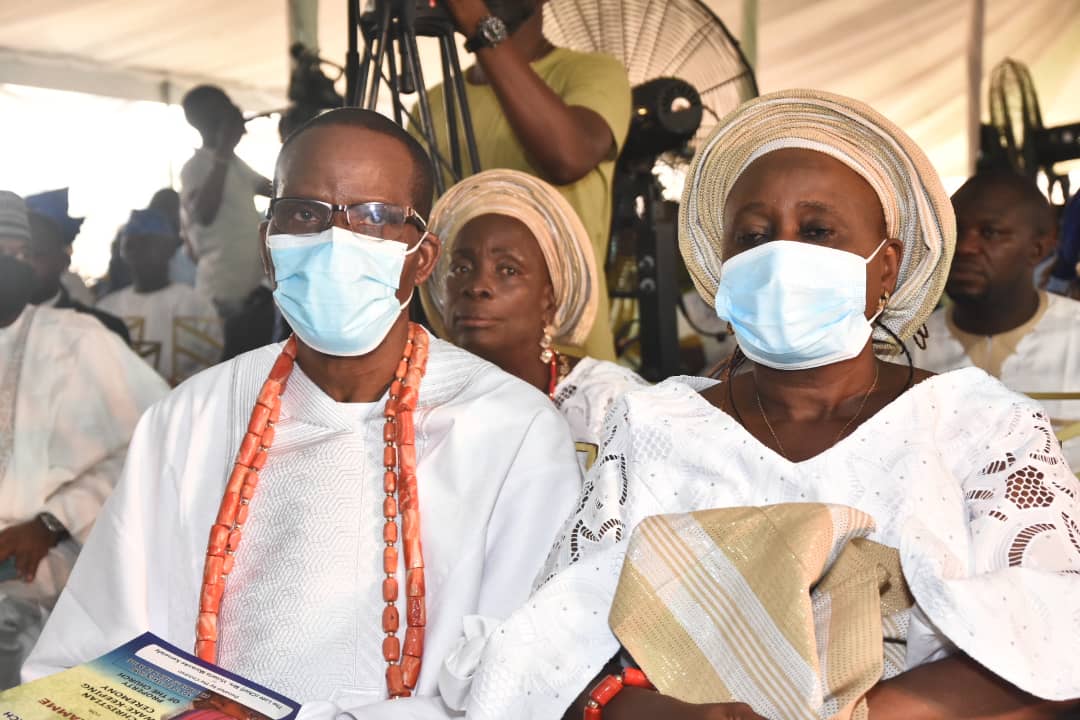 The ancient town of Igbara Oke in Ondo State recently hosted many distinguished guests,made up of media executives and practitioners, businessmen and women, and socialites, as media guru, Kayode Komolafe,popularly called KK had a superlative burial ceremony for his mum,Chief Mrs Morenike Victoria Komolafe, who passed on at age of 87.

The 2 days burial ceremony was held in the ancient town of Igabra Oke between Friday, 14 January 2022 and Saturday, 15 January 2022 at the St, Joseph Catholic School Odo Ode.

The rite of passage started with the Christian wake-keep/Service of Songs on Friday,and it rolled into the main event on Saturday.It was wrapped up with a reception that same day, to send the very religious woman into eternal glory.

Mama’s burial will remain vivid in the minds of all that attended because the reflection of mama’s days on earth inspired many.

The wake keep and the burial which were held at the deceased home church, St, Joseph Catholic church, had a lot of important dignitaries in attendance.

The burial ceremony was conducted by the leaders of the Catholic Church, who shared emotional reflections of how late Mama Morenikeji, who was popularly known as Mama Gbenga lived a fulfilled life, and a life worth emulating.

At the funeral mass, the Bishop of the Catholic Diocese of Ondo, Most Rev. Dr Jude Ayodeji Arogundade, described the deceased as a woman who contributed her quota to the development of the country.

Also speaking about late mama Morenikeji was her illustrious son, Thisday’s Deputy Managing Director, Kayode Komolafe, who confessed that he used to think he was the best person who can tell a story about his mom, but from what he had heard about his mother in the past few weeks, he realises he only knows little about her.

Mr Kayode Komolafe said his mum was a mother and friend to him, in the true sense of the word, noting that she was a brilliant woman with a terrific power of recall.

He said some of the things he heard actually made him shed tears. He said he is very proud of being the son of Morenike. He added that he would prefer the good name that his mother has left behind rather than gold or silver. He spoke his mother’s dialect language so fluently and was able to communicate his expression clearly amidst loud applauds.

A few weeks before her passing away, her son Engineer Gbenga Komolafe said he requested her to ask for whatever she wanted and mama asked him to increase her allowance so that she can do more charity for the needy.

Following the emotional reflection of the deceased by those who last saw her, it was revealed that mama died while praying: it was so inspiring that mama was holding her rosary in her dying moment. She was a devoted catholic who never forsook her faith even on her deathbed.

Popular gospel artiste, Tope Alabi rounded off the Christian wake on the eve of the burial service.

The remains of Mama left the mortuary for St. Joseph Catholic church at about 10 am on Saturday, January 15, 2022, and was greeted with a mourning crowd consisting of members from her church, who came en masse to pay their last respect.

The burial ceremony was conducted by the leaders of the St Joseph Catholic Church, who shared emotional reflections of how late Morenikeji Kolawole lived a fulfilled life, and a life worth emulating.

The burial ceremony which started with wake-keep on Friday, rolled into the main event on Saturday and was wrapped up with a reception on the same day, to send the very religious woman into eternal glory.

Her final ceremonial progression through the streets of Igbara Oke raised treasurable memories of her life among family, friends and even close neighbours. The recollections bespeak the misery of a watching world that fell in love with the beautiful daughter, wife, mother, and grandmother.
Andrew and her siblings rued the final departure of their mother, struggling in their grief to deal with the humbling reality that their mother had finally set out alone into eternity.

Madam Morenikeji’s cortege was joined along the way by the most important people in her life. They walked behind her remains, so did representatives from each of the families and communities. The deceased would definitely turn in her grave for the honour and unrivalled show of love that her beloved sons and daughters gave her.

Speaking with some of the guests at the event, a community leader from Igbara Oke, Emmanuel Ojo said those who knew mama in her life time will never forget her easily. He averred that many others who never met her, but felt they knew her, will remember her.

Guests were given the best hospitality at the reception as leading even anchor, Gbenga Adeyinka The 1st, mastered the event,while Boye Best and his band serenaded the guests.

At The Burial of Chief Mrs Morenike Victoria Komolafe In Igbara-Oke. was last modified: January 18th, 2022 by Reporter

NOT A HAIR MUST FALL FROM KUKAH’S...