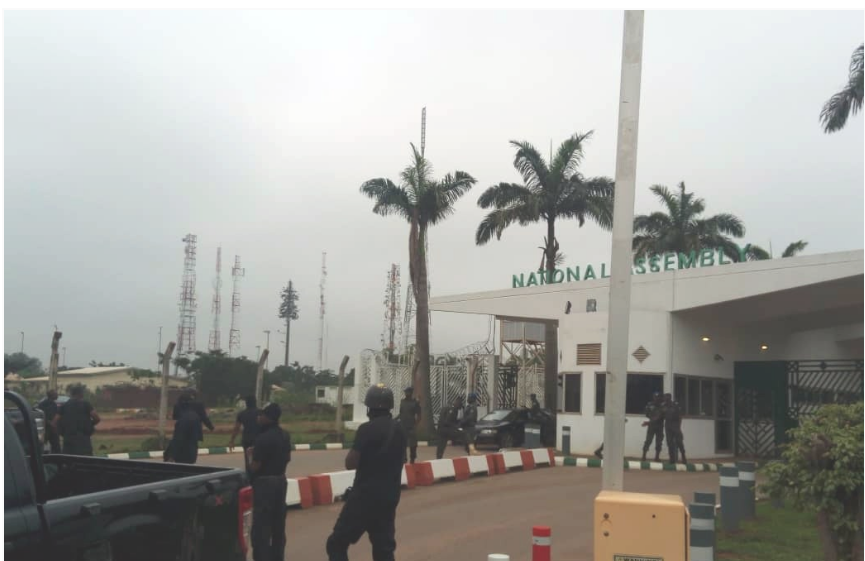 Former vice president, Atiku Abubakar, has condemned the siege by operatives of the Department of State Security Service DSS, on the National Assembly.

The SSS officials blocked the entrance of the assembly on Tuesday morning, initially barring anyone from going in. They later allowed lawmakers into the assembly.

Journalists and other staff of the assembly were barred from the entering as at the time of this report.

The security siege is believed to be related to the move to remove Bukola Saraki as senate president.

Read Atiku Abubakar’s reaction, as contained in a statement by his office, below.

The attention of former Vice President of Nigeria, Atiku Abubakar, has been drawn to an illegal and undemocratic attempt by fascist forces to break into the National Assembly for the purpose of furthering the agenda to force a change in the Nigerian Senate’s leadership.

Atiku Abubakar completely condemns this atrocity and calls on all those involved to put Nigeria first and abandon this madness.

The Constitution of the Federal Republic of Nigeria, as amended, guarantees both the independence of the Legislature and separation of powers. Nigeria is a democracy not a military dictatorship and we the people will never return to tyranny.

Atiku Abubakar calls on President Muhammadu Buhari and acting President Yemi Osinbajo to stop hiding behind one finger and live up to their responsibility of upholding the constitution and law and order, which they swore to on May 29, 2015.

“We warned that if what occurred in Benue last week was not checked on time, it would escalate to the federal level. Today we are seeing that warning in play.”