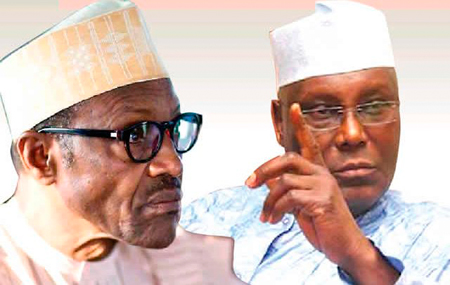 He also advised that stamp duty on all types of accounts be temporarily suspended.

In a series of tweets, Atiku had said, “I recommend that policies like the stamp duty on all types of accounts be temporarily suspended, until such time as the nation’s economy has turned the tide in the fight against this virulent scourge.

“Furthermore, as the landing cost of premium motor spirit, also known as petrol, has reduced significantly, it is strongly recommended that the government not absorb the savings, but also pass it on to the Nigerian people by way of reducing the pump price of PMS to reflect the current prevailing market costs.”

Following the advice from the former presidential candidate of the Peoples Democratic Party, PDP, in 2019, the Federal Government on Wednesday announced the reduction of petrol price from N145 to N125.

The government cited the crash in global oil price due the widespread of the dreaded pandemic, COVID-19 as one of its reasons for taking the action.

In a tweet on Wednesday night, Atiku said, “The #CoronavirusOutbreak places a huge economic strain on Nigerians, which is why we counselled the FG to reduce the pump price of PMS.

“I commend the FG for taking this step and I urge that all hands be on deck to rescue Nigeria from the economic downturn of the oil crash.”