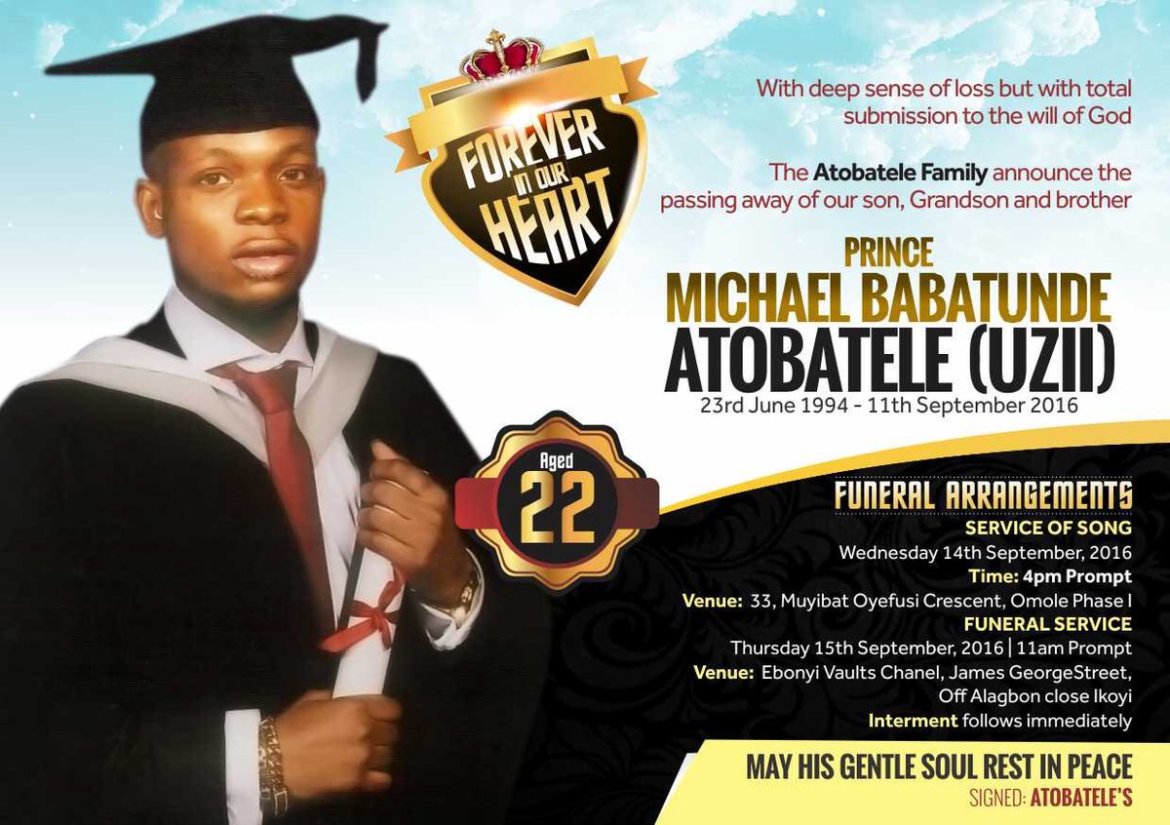 In fulfilment of their promise to keep the late Prince Michael Atobatele Foundation (PMAF) alive, the family supported foundation, has made good its promises as members donated 30 sewing machines to young boys and girls, who are skilled in fashion designing.

The sewing machines were given to the 30 lucky young entrepreneurs at the recent Summit/Empowerment Event organised by Prince Micheal Atobatele Foundation.

It was held at the Victory Place, Victorious Women Ministry, 15 Nurudeen Olowopopo, by Marwa Garden Alausa, Ikeja on the 13th day of September, 2017.

Tagged: Beyond Education, many individuals who have excelled in the entrepreneurship were invited to speak and share their success stories.

Mrs. Remi Ademujimi, the CEO of an Interior Company, advised that competence should be acquired before venturing into business.  “You are still allowed to learn on the job” she said. Edward Isimi Counsellor & Blogger advised that prospective entrepreneurs should be specialize as that would lead to core concentration.

Mr. Folawiyo Abiodun also an entrepreneur urged everyone to look beyond education and venture into business, so as to become employers of Labour.  “If a few people can take a bold step and probably start little, then unemployment would reduce drastically in Nigeria” He said.

Meanwhile, earlier at the event, the Chairman of the occasion, Pastor Mayorkun, who was unavoidably absent, but was however, represented by Dr. Bukola Adelakun; lauded Mrs. Atobatele for looking beyond education and going deeper into Entrepreneurial abilities. She praised her for looking beyond the four walls of the classrooms.

Furthermore, the board chairperson, Mrs. Lai Koiki, posited that there was so much to life beyond formal education. “Providing vocational training particularly in fashion designing & related skilled jobs is an avenue to encouraging the youth to learn a trade alongside formal education.

In another related development, the profile background information about the foundation reads; Prince Micheal Atobatele Foundation (PMAF) is a family foundation with private and public fund dedicated to help develop young talented Nigerians to achieve their success through their entrepreneurship.

PMAF was set up to contribute to Nigeria’s development, by inspiring an entrepreneurial mindset in less-privileged youths; challenging them to aspire to greater heights and empowering them with the necessary skills & platforms to actualise their dreams. The vision of PMAF is to see a world where every person is living and working to his/her full ability and achieving this by helping them discover their potential and supporting them. In bringing change to the world.

Thereafter, he proceeded to the United Kingdom where he completed his A’levels at Gloucestershire university. He later graduated from University of Hertfordshire  where he read Human Resource Management.

Prince Micheal Atobatele popularly called Uzii was the brain behind the (PMAF). He died after a brief illness few days to his NYSC passing out parade.

Earlier in the week precisely on the 11th of September, 2017 a one year remembrance service was organised for Prince Atobatele.

The remembrance service was held inside the Golden Gate event hall 25B Glover Road, Ikoyi, Lagos. However, Prince Micheal Atobatele Foundation is poised to delve into other areas such as talent hunt, sports, giving back to the society, and prompt visitation & Presentation of gift items to the under privileged homes.

The 30 young entrepreneurs would be monitored by PMAF to ensure that there is continuity in what they do.