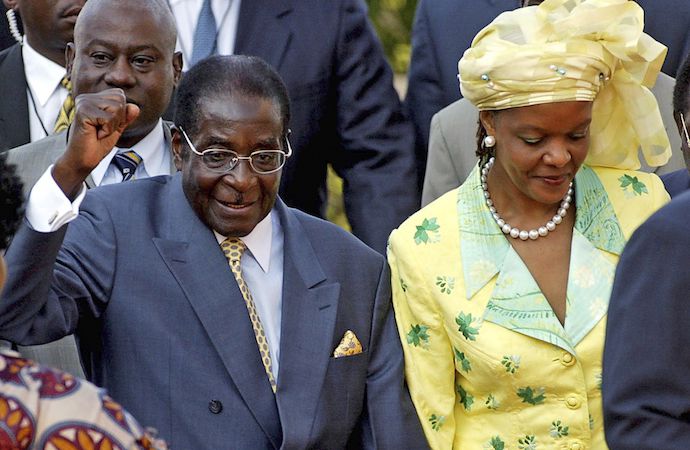 Dismissed former Zimbabwean Vice-President Emmerson Mnangagwa, has landed at Manyame Airforce Base to take control of the country’s government, a source told the African News Agency on Wednesday

There are also unconfirmed reports that 93-year-old President Robert Mugabe, his wife Grace, and other members of his close political circle are under house arrest.

Mnangagwa, known as “The Crocodile”, was sacked last week amid a row over leadership in the ruling Zanu-PF. Mnangagwa, a veteran of the country’s liberation struggle against white domination, fled to South Africa after death threats.

Zimbabwe’s military has seized control of state TV and says is acting against “criminals” surrounding 93-year-old Mugabe, but that the President and his family were safe. Major-General SB Moyo the actions of the country’s defence forces were not a coup. Soldiers, tanks and armoured vehicles are in Harare.

Events have unfolded after the head of the defence forces, General Constantino Chiwenga, warned on Monday that the army would take “drastic action” if factions in the Zanu-PF did not stop purges against party members with military backgrounds. Zanu-PF issued a statement calling Chiwenga’s comments treason.

Chiwenga spoke after the G40 faction in Zanu-PF, which supports Mugabe’s wife Grace for succession, promised to purge all allies believed to be supporting the Lacoste faction, which is said to be sympathetic to Mnangagwa.

Axed Zimbabwean VP Mnangagwa To Return To Take Control of Government – source was last modified: November 15th, 2017 by Arinze Ago