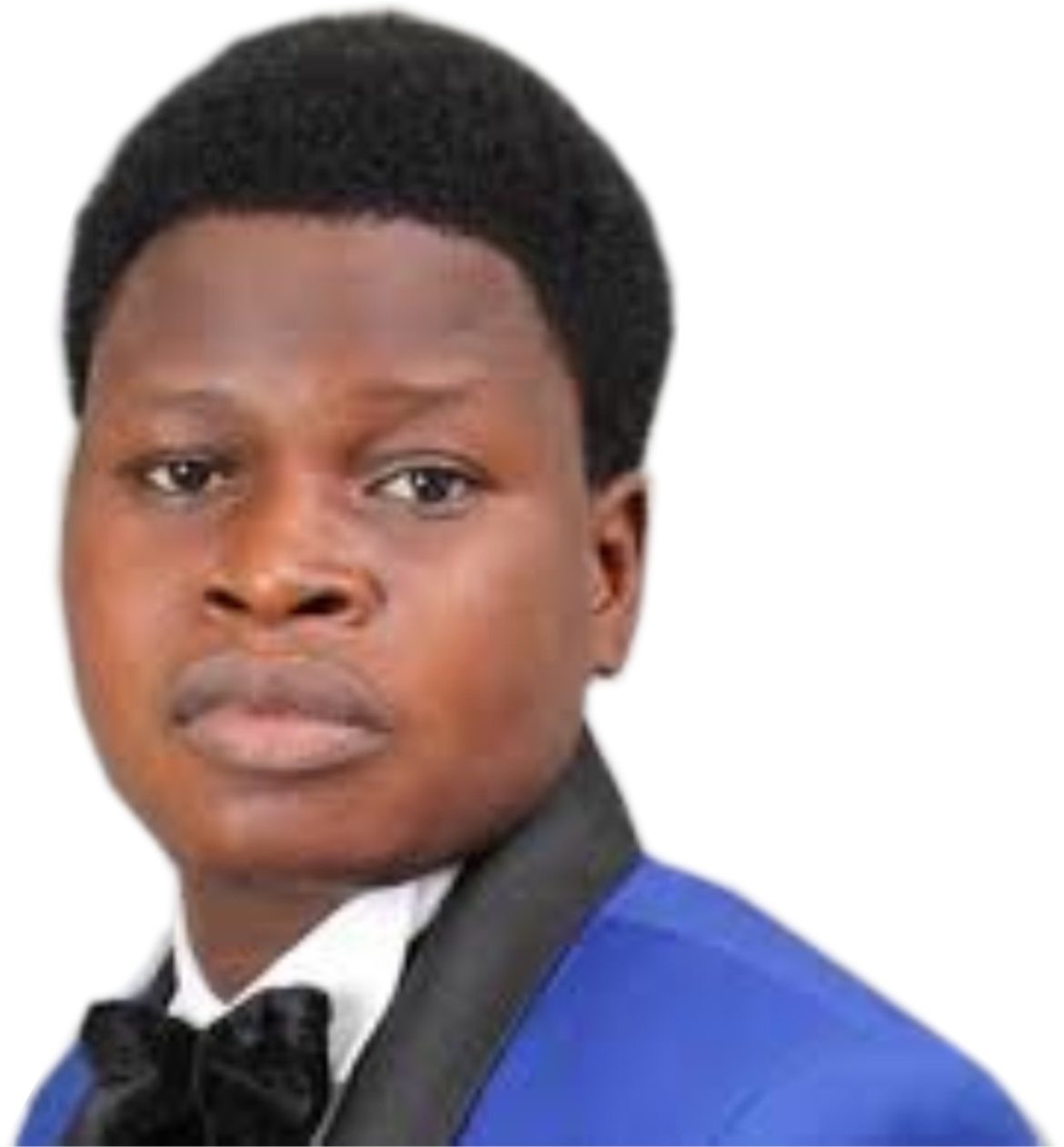 Adejumobi Oluwatosin Akinkunmi popularly known as Tosin Bee is a contemporary gospel singer. His big break happened at a Redeemed Christian Church of God (RCCG) Open Field Concert for young people at Teslim Balogun Stadium, Surulere Lagos. There was an opportunity for him to perform on a stage that had well over a thousand young people as its audience and he did so excellently. This opportunity was golden and he made the best out of it. Despite the lockdown, he has been on top of his game. He is one of the top gospel artists whose week are always busy with events.

In this interview with City People Society Editor, TAYO FAJORIN OYEDIJI, he spoke on how music started for him, how had it rough sleeping in the church and how pastor Adeboye’s Redeemed Church gave him his biggest platform and break. Read on.

Who is Tosin Bee?

Tosin is a young man from Ogbomoso in Oyo State. I am a graduate from the English department of Olabisi Onabanjo University, Ago Iwoye. I’m an artiste, a gospel music minister. I’m a man of many parts but I’m mostly known as an artiste.

I won’t say I started singing from my mother’s womb but i started very early because I had a few friends more like seniors that were into music. They were the ones who got me into it. Back then at home, we go out in the evening singing around the neighbourhood back in Ogbomoso. We called it oppression because what we basically did was to go out and sing to impress the ladies. I later moved to Ilorin for my A level. There i joined a church called the Holy Ghost Harvest Church . I did my A levels in Kwara Poly. Then I had some friends that we would sing together on campus until one day we were doing the same thing and a lady just walked up to me and said she wanted to talk to me. She had this SU kind of look. We got talking and she made me understand that instead of just wasting my talents for no purpose, why don’t I join a choir in my church and get involved, at least then you would be using the voice for a good cause. I am quite a shy person. I have been encouraged to join the choir several times but i refused because I was wondering how I would stand in front of a crowd to sing. So she spoke to me and one day I went ahead and joined the choir and was on and off.

I later moved to OSU around 2004/2005 where I joined the Redeemed Christian Fellowship in 2006. Then I became the Music Director around 2007 and from there I moved to Lagos with a few friends. It was tough coming to Lagos with no budget. I joined a church then and slept on their altar. The pastor saw the gift in me and took me in. He wanted to be paying me but it was not convenient. We slept in the church, sometimes we eat food when we see and sometimes we don’t. But we kept on moving forward. I have some friends that we teamed up as a band but along the line, they couldn’t cope because it was not easy. Sometimes we go out and come back with nothing. Later it became only me again but I kept moving and here we are today.

At what year did you move to Lagos?

What is your affiliation with the Redeem church?

Like I said, i was in the Redeemed Christian Fellowship in OSU and I was privileged to be the music Director of the fellowship that year and through that I was able to get into the body properly, go for conferences, camp meetings and gradually i was getting involved in the system. After finishing school, I joined a church but like I said I didn’t stay long there. Not that the church was bad but it wasn’t for me. So I moved to RCCG my church and got in the workforce.

What branch of RCCG did you join?

I joined Joshuavile. It is the young adult expression of the City of David, RCCG in Victoria Island. I got involved with the work there and favour found me in some quarters of the church.

Professionally, how many years ago have you been practicing music?

Well I can say i started professionally in the year 2012/2013. So I’m still very young in the game but i have been doing it for a long time but professionally, I would like to say I started my professional career when I got to Lagos and started the brand.

What gave you your big break that made people know and cheer you as Tosin Bee?

There is a program organised by RCCG called Lagos Shift every year. I was opportune to be at the platform. It usually takes place at the Tafawa Balewa Square, before they moved to university of Lagos. So I was privileged to be on the platform beside king Sunny Ade and the likes. After that, things changed so I think that was the big bang because i had a lot of people who were present that day. This happened about 4 to 5 years ago. What happened that day was quite funny though, the previous year, the program was first organised but some things were not put in place, it was later they discovered some of the things that needed to be in place. I was supposed to perform for a few minutes because they needed someone to keep the people busy so they won’t get bored. Somebody was supposed to sing and then hand over the mic for me to sing for a few minutes but surprisingly, I sang for the next 3hrs. People were wondering, who is this guy? Because we kept the energy flowing and everything was on point that day. So the next show, they had to ensure I performed as one of the headliners of the show. Through that, I got some contacts even outside RCCG. But that was the major break for me.

Can you please, tell us more about your style of music, because it’s kind of different from others?

Well I like to call it “Tungbaprary”. Tungbaprary is gotten from Tungba, a Yoruba style of music where people can dance and enjoy with high levels of energy. So we called it “Alujo Tugba”. So I tried to make it fun by infusing the contemporary style of music in me so it won’t be like the way everyone does it. It was fine-tuned to my own way and style. Of course I do other genre of music like Fuji, Apala, R and B etc depending on the situation. I believe that in your field, people should not be able to predict your music. You should be able to know most of everything if not everything in your field.

So how has been the acceptability of you and your music so far?

It has been awesome so far. Setting out, I didn’t imagine it was going to be like this. I just knew I was born to do this, so I was just having fun and enjoying myself and gradually people started accepting us. The love has been real so far.

So how have you been able to raise funds for your music?

The reality is that it’s has not been easy. Life is in different stages so I would say that for this stage I am right now, I still don’t have proper funding. Someone who is not on the same pedestal will say or think I have it all but the truth is, it is in stages even Dangote is still looking for more money. But then, God has been faithful and we have gotten some level of acceptability and some people have been buying into my music and are willing to support. We also try to work out too.

How often do you perform in a week?

One thing I can say is that, I can’t remember having a free weekend. It’s not that I don’t perform on weekdays but it’s mostly on weekends. For example, I just got back from Ibadan to Lagos for a show and would be going to Port Harcourt, from there to Sapele then back to Lagos in the space of a week. Not to brag or something but my schedule has been like that. God has been faithful.

Can you please tell us more about your parents view on your music?

Well the reality is that when I started, they weren’t so much in tune with my music. You know every parents wants their children to be doctors, lawyers and the likes but seeing me as a musician was kinda tough. I tried to make them understand my music and why I do it. But it was tough. Not until when I had my first concert and my dad came around and saw the love the crowd had for me was then proud of me and what i did. He is happy right now about my music.

There is quite a number of people like you in the Redeem Church, what is your relationship with them?

Yes we are and we try to synergise and compliment each other. There is no competition among us. We just try to help each other grow and we are very united. We believe we can do alot together than apart. So I would say we have a cordial relationship between us.

So what parish of RCCG do you worship now?

Well I worship at the Resurrection Parish around Lekki Jakande area.

So have you had any encounter with the Adeboye family and how has it been?

Oh yes, I have and they have been really good to me. Especially Mummy Adeboye. She has been supportive and also Daddy, he is a father to alot of people and even the Muslims talk about him. So I am privileged to have benefitted directly from the source and I’m proud to be called a son of Adeboye. I’m currently signed under a record label called One Hallelujah. It is the official record label of RCCG and was started by Daddy G.O to help a number of us grow. Mummy has also been a mother to me, not from afar because I have a level of relationship with her. She was at my first concert and she supported me financially, physically and every step of the way, she tries to check up on me and my progress.Even their son, pastor Leke Adeboye, his PA has really been supportive of my music. I have alot to say about him. He is such an amazing and fantastic person. Even Pastor Kunle Ajayi has also been a father to me and have been very supportive. I can remember a time when he was planning his 30th concert at Eko Hotels. A day to his concert, I was arrested by SARS and it was really tough and he had to abandon everything he was doing just to come bail me out. He has also done quite a number of things like that. He is such a fantastic man.

Where do you see yourself in next few years?

Well I’m working really hard to be one of the best. But I always tell people that I’m working at God’s pace. I know his plan for me are of good and not of evil so I move with his flow.

Why I Have Not Dated Any Woman In 10 Years – Popular Comedian, Mr. MACARONI