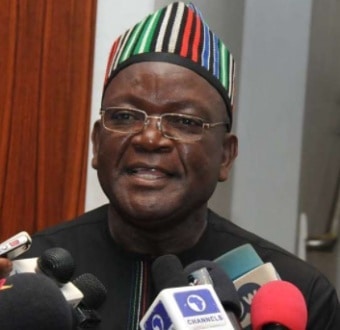 The Benue State Government has instituted a case against Miyetti Allah Kauttal Hore and its leadership over the continuous killing of many people in the state.

The state governor, Samuel Ortom, who disclosed this yesterday in an interview with newsmen in Makurdi, said the case will cover the 73 persons first killed by herdsmen in January this year.

According to him, the case which is going to come up this Thursday will only be one among many other cases the state will institute against the killer herdsmen and the Fulani socio-cultural group.

The governor reiterated his call for arrest of leaders of Miyetti Allah whom he accused of being behind the killings in the state.

“These people had, after our ranching law was signed, addressed a press conference and said they would mobilise their kinsmen to attack Benue and true to their words they started attacking Benue.

“I have severally called for their arrest but they are still walking the streets freely but I still insist that they should be arrested,” he stressed.

Speaking on the ban placed by the National Economic Council on open grazing in Benue, Taraba, Plateau, Kaduna etc, Ortom described it as welcome decision.

He stated that the state has been vindicated by the NEC, which had last week in their meeting, banned open grazing and recommended ranching in some states, including Benue.

He said Benue was gradually winning the hearts of Nigerians in support of open grazing prohibition and ranches establishment for livestock.

Benue Gov. Takes Herdsmen To Court was last modified: May 1st, 2018 by Reporter