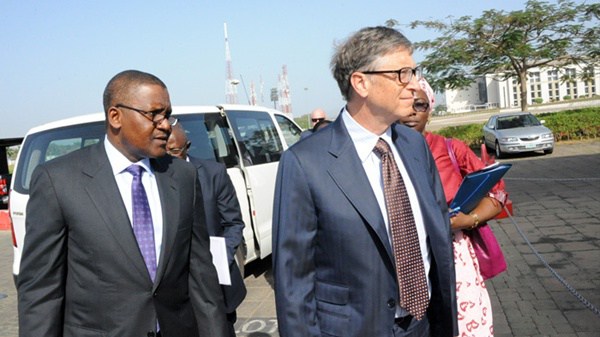 To raise funds towards the eradication of malaria, nine global leaders, including the co-chair of the Bill & Melinda Gates Foundation, Bill Gates, the United Nations Secretary-General’s Special Envoy for Health in Agenda 2030 and for Malaria, Ray Chambers, and the President, Dangote Group, Alhaji Aliko Dangote, have convened the End Malaria Council.

Other influential leaders on the council are President Ellen Johnson Sirleaf of Liberia, Chadian President, Idriss Déby and the former President of the United Republic of Tanzania, Jakaya Kikwete.

Gates in a statement issued by the council on the sidelines of the World Economic Forum Annual Meeting in Davos, Switzerland, said the aim of the council was to use the influences of its members to drive attention and funding to end the disease for good.

According to him, malaria eradication remains a top global priority of the council.

He said, “The next chapter of the fight against malaria starts now. For the first time in history, we have a roadmap to a world without malaria – where no one has to die from a mosquito bite ever again. With renewed focus, innovation and new commitments of leadership and funding, we can be the generation to end malaria once and for all.”

Also, Jakaya Kikwete, whose brother died of malaria, said the incident was one of the reasons why he prioritised the eradication of the disease while he was in office.

Kikwete said the world was closer to eradicating the disease than it had ever been.

He said, “Ending malaria was once an impossible dream. It is now within our reach. It will take strong leadership and serious financial commitments, but I believe we can make history and end this brutal disease once and for all.”

Highlighting the focus of the council in Davos, Ray Chambers, noted that members would work in collaboration with the Roll Back Malaria Partnership and other stakeholders to help countries and regions achieve their malaria control and elimination goals.

Chambers also said that there was an urgent need for global leadership, new funding and innovation if countries were to meet global elimination targets.

He said that members of the group have pledged to use their voices and networks to support the work already underway by malaria field workers; scientists and experts develop new tools and strategies towards eradicating the disease.

Chambers said, “We have reached a critical juncture in the malaria fight. To end this disease we need a creative approach to financing – one that combines continued support from donor countries with new approaches to expand commitments, particularly from countries affected by malaria.”

Southern Kaduna killings: Nobody has monopoly of violence – PFN

How My FIBROID Was Treated In Just...