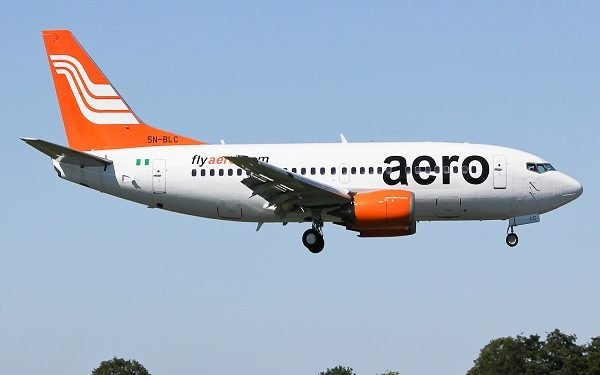 Over 100 Lagos bound passengers were left stranded at the Mallam Aminu Kano International Airport (MAKIA), Kano on Sunday after an Aero Contractors aircraft was forced to make an air return, a few minutes after takeoff.

He added that shortly after, the pilot told them he had to return to base because of the unusual sound.

It turned out that a bird strike cracked the engine propeller which might have inflicted damage to it.

The passengers were disembarked and told by officials at the departure lounge that they were waiting for advice from the airline headquarters in Lagos within one hour. This was not to be.

After about five hours and no officials of the airline in sight any longer, the distraught passengers left the airport without options available to them to travel.

However, the airline later called to inform the passengers, some of whom had made alternative flight arrangements, that a plane would be sent to fly them to Lagos at 11 pm.

A pilot said the decision of the pilot to return prevented a likely crash since the extent of the incident could be more serious.

With Max Air flight already departed and the grounding of Azman Air, the only option available for the passengers was the Air Peace 9.30pm flight.

Confirming the incident, Nigeria Civil Aviation Authority (NCAA) spokesman Sam Adurogboye, said it had been reported to the agency’s regional office in Kano.

“Our regional manager in Kano has confirmed it as a bird strike. The aircraft will be ferried to Lagos empty as required by law.

“I further learnt that the passengers were served refreshment while awaiting Aero Contractor’s headquarters for the next line of action,” he said.

The airline said its pilot took a safety decision.

It said in a statement: “Aero Contractors regrets the inconveniences suffered by our passengers on flight N2142 which occurred this morning on March 21, 2021, on the Kano to Lagos flight due to a bird strike on the engine while taking off.

“For precautionary and safety reasons, Aero Contractors had to make arrangements to ferry the aircraft back to Lagos to enable our engineers to undertake a check on the engines and secure the approval of NCAA before returning it to service.

“When the captain heard the sound of the bird strike, he made a safety decision to return to land in Kano despite all engines being normal and within limits.

“After close examination, with the approval of the NCAA and Accident Investigation Bureau (AIB), the aircraft was ferried back to Lagos for further examination.

“We are currently doing everything possible to bring our passengers back to Lagos.”