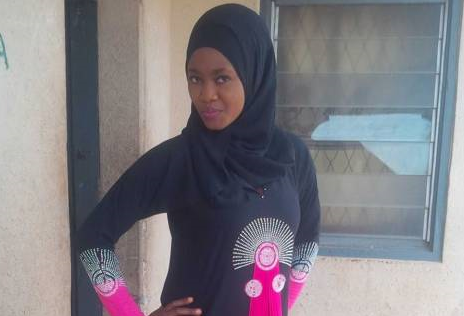 Miss Oluboyo popularly, known as ‘Princess Nikky’, was found dead with her body already decomposing at the weekend in Akure, the Ondo State capital, few days after she was declared missing.

The final-year student of Educational Management at Adekunle Ajasin University Akungba-Akoko (AAUA) in Ondo State was last seen in the company of her boyfriend.

One of the sources told Sahara Reporters on phone that Miss Oluboyo had earlier been declared “kidnapped” by her family members when she no heard from her for days.

The source explained that the former Deputy Governor’s daughter had left the campus and travelled to Akure for a personal engagement until she was found dead.

“She told some of us who are very close to her in the school that she was traveling to Akure to collect some documents concerning her trip.

“The next day, we could not immediately reach out to her but someone said she called to inform that she might probably sleep over at her boyfriend’s place.

“We began to worry and called her boyfriend but that one said he did not see her, then we called her parents to tell them we could not find their daughter who left school for Akure.

“Immediately, the parents started searching everywhere and she was declared missing until yesterday (Saturday) that we heard she had been found dead.

“Now, everyone especially her family, is bereaved about the sorrowful incident because this is gruesome death.”

The source also added that Khadijat’s boyfriend identified as Alao Adeyemi had been fingered in her gruesome death.

All efforts by SaharaReporters to get the reaction of Mr. Femi Joseph, spokesman of the Ondo State Police Command, proved abortive.

The calls made to his line were not connecting, while text messages also sent have not been delivered as of the time of filling this report.

However, another source told SaharaReporters that the murder case had been reported at the station and was currently being investigated.

“Yes, the corpse was found on Saturday but I am not in the best position to give details,” he said. “All I know is that we, the police, have launched a full-scale investigation into the case.”

National carrier to take off in December – FGcarrie