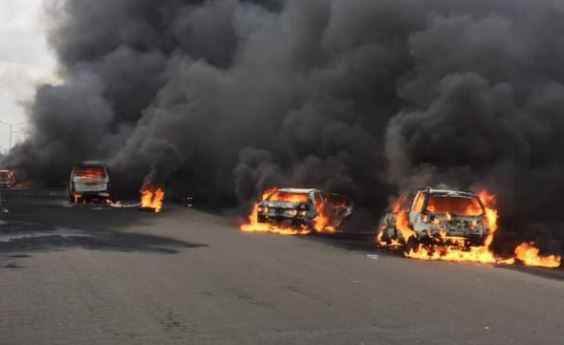 Not less than 13 vehicles were on Friday morning burnt while many persons razed to death in a fire resulting from a tanker explosion in front of the University of BeninTeaching Hospital (UBTH).

The fuel laden tanker was said to have exploded after a collision with a truck and a commercial bus.

Men of the Edo State Fire Service were said to have arrived the scene to out the fire.

Sources said the fire started at about 5:30am and was still burning as at press time.

Why My Husband & I Still Behave...