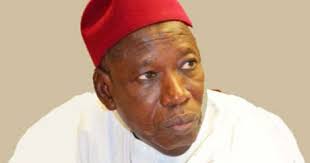 The count down continues as the election date of the 2019 federal and state election draws near, and as the case is, all parties involved are gearing up more with rally’s to seek and get voters support for there different candidates, the People Democratic Party PDP are also not left out, but interestingly they are facing some challenges.

With less than Five days to the campaign rally of Atiku Abubakar, presidential candidate of the Peoples Democratic Party (PDP), Kano state governor, Dr. Abdullahi Umar Ganduje has ordered the closure of the Sani Abacha Stadium for two weeks.

The State government said that the closure is to pave way for general renovation.

The campaign rally of Atiku Abubakar, had earlier been slated to take place at the stadium.

According to the directives issued by the office of Governor Ganduje, the proposed general renovation works would last two weeks.

The general renovation works will cover the installation of a new scoreboard, the repairs of running track and provision of steady water supply to all parts of the stadium facility.

However, a source said that the closure was to ensure that the PDP Presidential Campaign team does not have access to the stadium to seek for votes.

What Women Should Know About OSTEOPOROSIS &...