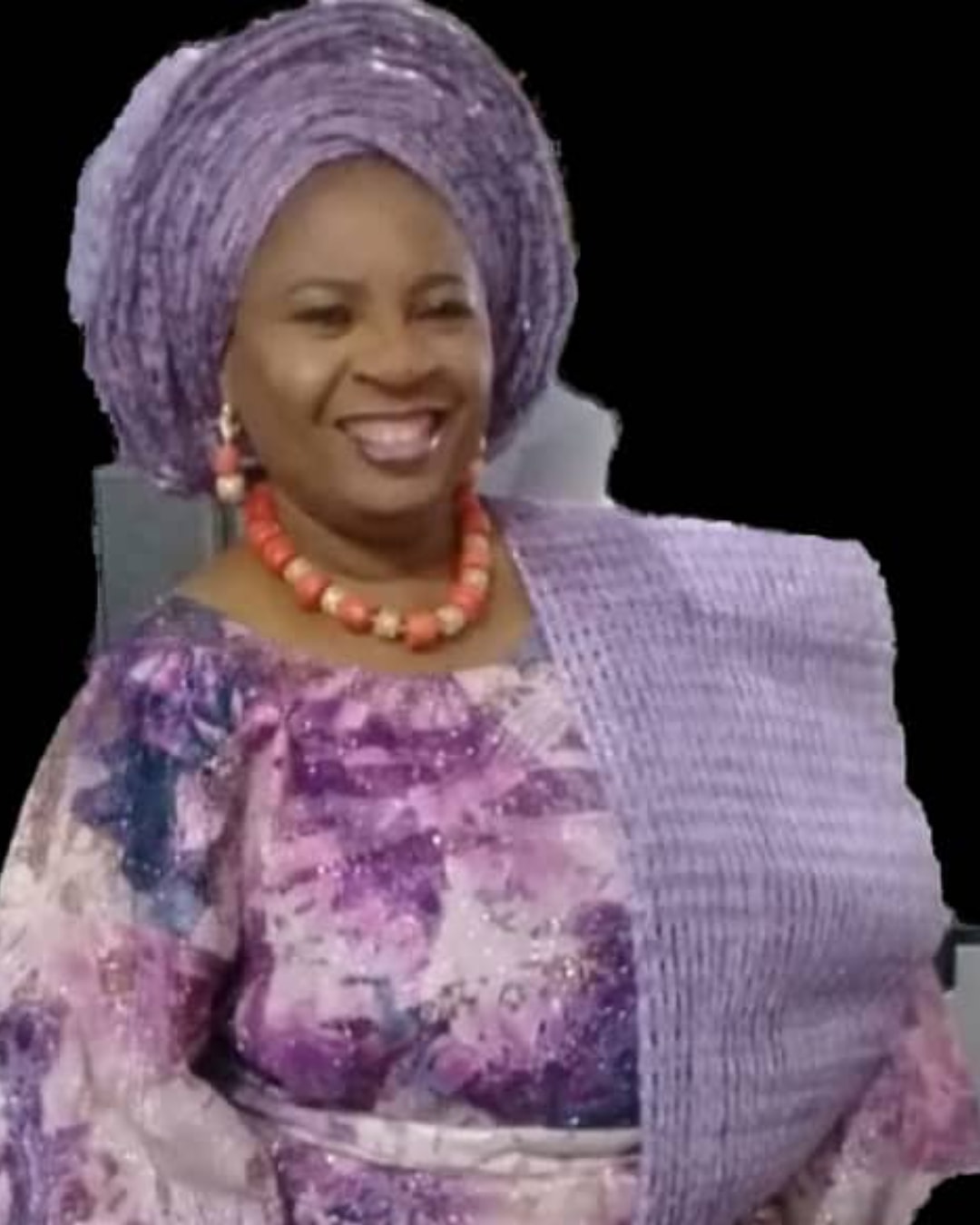 According to a press release from the family, the deceased Chief Mrs Deborah Folashade Diya (JP) was the second wife of the former number two citizen during the late Gen Sanni Abacha’regime.

The song is ended, but the melody lingers on……..

With grief in our hearts but gratitude to Almighty God, we announce the transition onto eternal glory of Otunba (Chief) Mrs Deborah Folashade Diya (JP), wife of His Excellency, Lt. Gen. Oladipo Diya,(Rtd) GCON, MNI; whose death occurred on Monday May 18, 2020. She was aged 66.

Madam Deborah Folashade Diya was preparing and looking forward to her 66th birthday celebration on May 23rd 2020 (this week). But as man proposes, God disposes; six days ago, she took ill and was taken to the hospital, where she took her last breath on Monday May 18.

Otunba Folashade Deborah Diya dedicated her life to the emancipation of humanity and service of the Almighty God.

She was a devout Christian, a loyal and dedicated wife, a loving mother, an alluring grandmother and a passionate chorister at United African Methodist (Evangelical) Church, Abule Ijesha, Yaba, Lagos. She was a chorister who sang and danced for the Lord all the way.

Fondly called Mumsie, Chief (Mrs) D.F. Diya was a model of love, compassion and generosity until her very last moments. Her mission was one that made a great difference in the lives of many people.
She was a silent operator who always made things work out positively: disciplined, focussed and straight forward.

Inspite of her privileged position as the wife of a former Military Vice President in the country, she didn’t live the life of celebrity or ostentation. Rather, she adopted a humble life of dedication to God, her family and service to humanity- hence her departure touched many.

She left like she lived: gently, making sure she had said goodbye in one way or the other. Mumsie spent her whole life helping others. She was always there for those who were in need—whether they needed to take shelter in her home or simply wanted a listening ear without judging, condemning, or prejudging.
She was a reassuring presence for all the children- biological or non biological- there were no discriminations.

She took great care of her dear husband, friends, church members, members of staff, neighbours, and the whole family.
Her mission was a great one: she taught others around her the importance of loving.

Thinking of Mumsie automatically brings a smile to the lips of those who knew her or heard about her because she loved and gave of herself.

She always had a grin and a warm smile. Thank you, dear Mumsie, for the great privilege of having known you. Mama lived for 66 years as if it was 166 years.

We know that she is still here among us. We thank her for reminding us that the present moment is precious, and that we should make the most of it by loving fully and generously.

She catered for the aged; empowered the young, among many other philanthropic gestures. As a community leader she played her role diligently.

History, prosperity, posterity and the people she served will definitely not forget her .

Spread your wings and fly proudly: you have earned it!

She is survived by her husband, children, grand children and relatives:

May her gentle soul rest in perfect peace.